Tokyo is no stranger to making the most of its space. Depending on how you count it, there are over 30 million people living in Japan's capital and a place, believe it or not, has been found for all of them. One way Tokyo has achieved this is with a well thought out use of land reclamation.

One good example of this reclamation is Ishikawajima Park along the famous Sumida River in Chuo City. Built as part of a project to increase the lifestyle quality of the riverside environment, Ishikawajima Park is part of a super levee design that minimises as much as such things can against the effects of flooding and earthquakes in residential and commercial areas.

Formerly a small island, the land was reclaimed, the park developed and has since then been put to good use by the local residents and workers. Offering residents and workers open spaced riverside views and the chance to relax and unwind during and after a busy day, Ishikawajima Park was the setting for one of several hundred The Year of France in Japan activities. These activities were organised around the nation in 1998 to celebrate the long relationship between the two countries. The Paris Plaza at the tip of Ishikawajima Park is a result of that.

Ishikawajima Park is not your traditionally-styled Japanese park. It features a gentle slope separated into two tiers and follows the shape of the peninsula shape along the Sumida River. With the boats plying their trade, visitors have clear views of Eitai Bridge to the north with the massive Tokyo Skytree tower beyond that. Needles to say, the night view is most impressive.

Take either the Toei Oedo Line or the Yurakucho Line to Tsukishima Station. Ishikawajima Park is about an 8-minute walk from Exit 6. 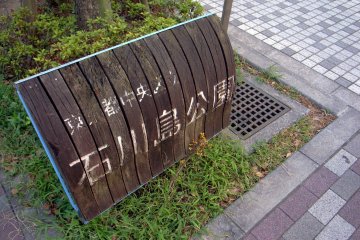 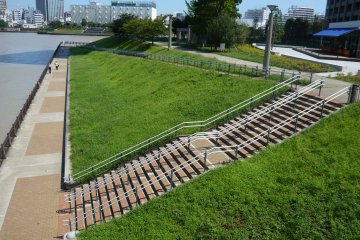 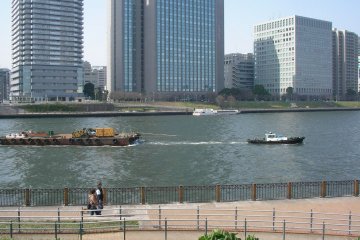 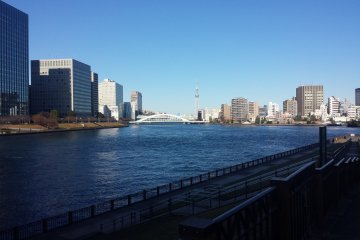