Behind the scenes at the national carrier

In 2017, the Tokyo Government commissioned a list to discover the top 100 tourist attractions in the city. Of all of the options this incredible city has to offer, I dare say that nobody reading this would have ever predicted that the JAL Factory Sky Tour Museum would come in at number one. But it did and so here we are.

There are three parts to the tour: a 30-minute introduction lecture, a 20-minute break and then a 40-minute tour of the maintenance factory. JAL recommends arriving 30 minutes early so as to be able to visit the Sky Museum prior to the tour itself.

This museum features model planes spanning the history of the airline, cockpit replicas, flight attendant uniforms from throughout the decades, and interactive displays. There is even a section focusing on the air travel of the Emperor of Japan.

The lecture that begins the tour is in Japanese, though the videos and short films shown are fairly self-explanatory. The break that follows is a chance for you to pick up some goodies from the gift shop, as well as a last chance to check out the museum, as the tour won't return to the gift shop or museum.

A guide will take you in small groups into the maintenance hangar and provide you with a safety hat. The tour path is restricted but you do get very good views of any plane being worked on. During this trip we saw both government and civilian planes. Another bonus is the view of the runways outside of the hangar, with the impressive sight of take-offs and landings.

The only way to join the tour is via their Japanese-only website, with bookings opening six months in advance. There are five daily tours, beginning from 10:00am, and are all free. Also, JAL have strict photography rules, and any photos of government aircraft (including the Emperor's room in the museum) cannot be published. All other photos to be published have to be approved via the website. The few photos in this article were all approved within a day of request.

Take the Tokyo Monorail from JR Hamamatsucho Station on the Yamanote Line, and get off at Shin Seibijo Station. Go out the exit and head to the first building on your right: this is the JAL Maintenance Center 1 building where the tour is held. Be aware that Shin Seibijo Station is between Haneda Domestic and International Terminal stations. 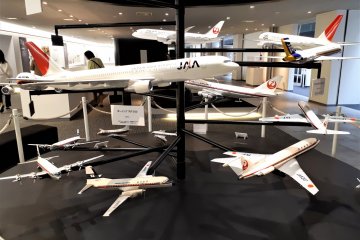 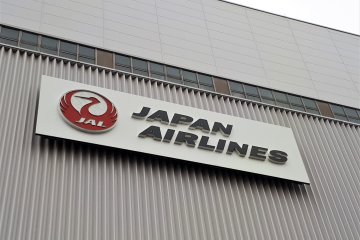 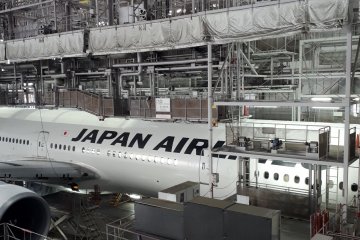