A building in Japan by Frank Lloyd Wright

I like visiting unique buildings. I’d heard that one of three buildings in Japan designed by Frank Lloyd Wright, the American architect, (1967-1959), was near Ikebukuro Station, Tokyo. Japan is the only country where he built any of his buildings outside the U.S.

It was a mid-summer day when I visited the building, named Myonichi-kan, located in a residential area between Ikebukuro Station and Mejiro Station on the Yamanote line. The building's height was lower than its neighbors. There is a large front yard with big cherry trees. Then, bright sunshine and buzzing of cicadas suddenly appeared in front of me at the entrance of the building. I bought a ticket with a drink service in the tearoom for 600 yen. I joined a free guide tour from 2 p.m.

An elderly man led a small group. Firstly, in the front yard, he explained its exterior while we listened to the buzzing of the cicadas.

“The roof is painted green, not verdigris.”

“The gutters are behind the roof and posts.”

”Oya-ishi, a Japanese rock, is used in this building as well as the other two of his building in Japan.”

The building is roughly symmetrical. We were allowed to enter three meeting rooms, one canteen, one hall and a lecture hall. In the first room, the guide said,

“This building was built by Frank Lloyd Wright, an American architect, in order to start a school for girls 1921. A friend of the school’s founder introduced Mr. Wright, who had visited Japan to build the Teikoku (Imperial) Hotel in Hibiya, Tokyo. He was willing to accept the request to design the school because he empathized with the school policy. The building has no vent holes under the floor because he wasn't aware of the Japanese humidity and climate; therefore, unfortunately, most of the wooden floor panels rotted. You can see the original wooden floor panels in this area.”

I could easily recognize the replaced flooring area from the others. Furthermore he said that room lights and an air conditioning system were installed when this building was renovated around ten years ago. During the tour, lights in meeting rooms were not turned on. I thought it was a bit dark for writing and reading.

Meanwhile, one canteen and one hall in the center of the building got plenty of light from big windows! In the hall we could enjoy sunlight through windows and a view of the front yard over a cup of tea and cookies sitting on chairs designed by Mr. Wright. Yes, the hall is now a tea room for visitors. How is the canteen used now? The guide said,

“You can use each room of this building if you pay. For example, this canteen could be used for a wedding party and so on if you use a catering service.”

The restaurant offers lunch services only FOUR TIMES A YEAR even if you have no plan to hold a party there. We can check the schedule on the official page. So, I will come back here for the lunch in the near future. When I come back, I think I should be careful to show good manners because I found a signboard on the canteen wall which says:

“Christ is the Head of this House, the Unseen Guest at every Meal, the Silent Listener to Every Conversation”

This mission school, which moved to Higashi-Murayama, Tokyo, in 1934, is still famous for its unique educational program.

One of my hobbies is taking a walk in historical towns becasue it is an easier way to feel relaxed and enjoy atmosphere than hiking.Luckily, I live in a conveninet place, able to access Yokohama, Kamakura, and Tokyo.Yokohama is my hometown. So, I am happy if my view point and tips can help you on... 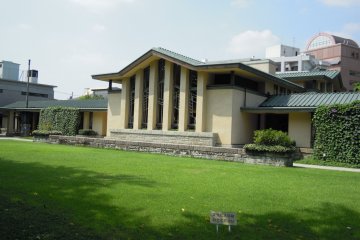 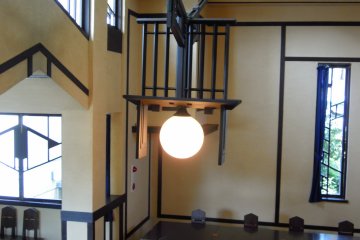 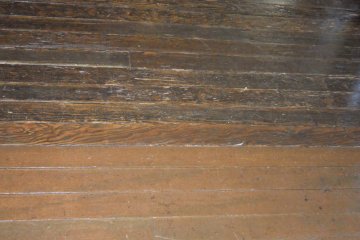 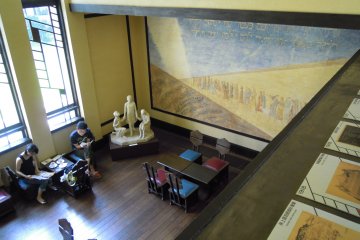 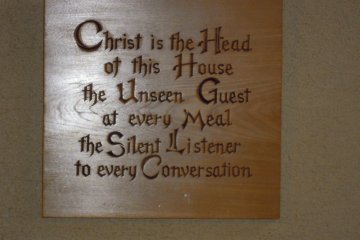