Beautiful and historic shrine in the heart of Tokyo

The beautifully detailed Kanda Myojin Shrine is a breath of fresh air in the heart of Tokyo. The shrine is immensely important in the Shinto religion, has a notable history, and hosts one of Tokyo's biggest festivals.

Kanda Myojin is a place to be enjoyed slowly and meanderingly. From the street, the shrine's main entrance is a rare green copper torii tucked tightly between neighboring buildings. Beyond that lies Zuishin-mon, the two-story main gate that will take up too much of your camera's memory space if you let it. The shrine buildings themselves are painted a beautiful vermilion and are intricately decorated with a great amount of detail. Beautiful murals of the enormously popular Kanda Festival (see below) are painted on the sides of buildings. The main shrine building was constructed in gongen-zukuri, an architectural style favored by Shinto shrines in which the main hall and worship hall are connected in an H-shape.

Though the shrine has existed in its current form since 1934 (when it was rebuilt due to fire damage related to the Great Kanto Earthquake), the shrine's history dates back to the year 730. It was initially built near Otemachi in Tokyo and was moved twice in the 1600's before settling in its current location. Because it was constructed with concrete in its current incarnation, it was one of the few historic buildings in Tokyo to survive the firebombings of WWII.

However, Kanda Myojin is not all about history. Continuing the traditions of the nearby technology haven of Akihabara, the shrine promotes itself as a protector of electronic gadgets, particularly computers. Ceremonies are performed to protect and secure laptop computers, and the shrine's shop provides amulets and charms for the same purpose.

The Kanda Festival (Kanda Matsuri) is one of the three largest festivals in Japan, as well as one of Tokyo's three great Shinto festivals. It is held only on odd-numbered years, on the weekend nearest to May 15, taking place in the Kanda Myojin Shrine and spreading to the surrounding areas. It features a parade on Saturday with an enormous collection of floats, musicians, performers, and Shinto priests on horseback. On Sunday, there are over 200 portable shrines (mikoshi) featuring a phoenix on their roofs, carried by groups of people throughout the area. The festival dates back to the early 17th century, when it began as a celebration and remembrance of a military victory that allowed the legendary historical figure Ieyasu Tokugawa to eventually assume the Shogunate and control over Japan.

There are three divine spirits enshrined at Kanda Myojin (which was previously called Kanda Jinja), who are depicted in statues around the grounds. Daikoku-ten, who is frequently shown smiling with a large golden mallet, is associated with wealth and the household. Ebisu is the god of fishermen, workingmen, and children's health. Together, Ebisu and Daikoku-ten are two of the Seven Gods of Fortune, solidifying Kanda Myojin as a place to pray for success in business and entrepreneurship. Taira no Masakado, the third enshrined god, was a rebel samurai whose strength and defiance earned him deification, is the third.

Kanda Myojin is also noted as the base of operations for Zenigata Heiji, a fictitious police officer who appears in numerous books, films and TV programs set in the Edo era. Several monuments dedicated to the character appear around the shrine.

Kanda Myojin is most easily accessed from Ochanomizu Station. There are many signs in the area pointing to the direction of the shrine and other notable spots in the area, including the Yushima Seido Confucian Shrine and the Holy Resurrection Cathedral. There is no entrance fee. 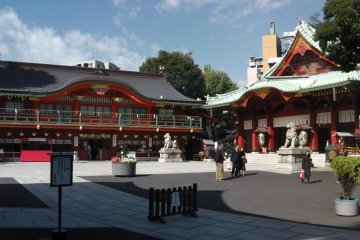 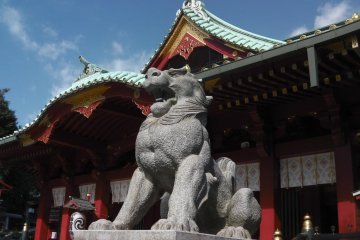 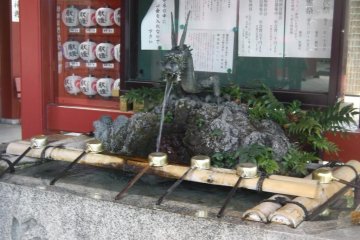 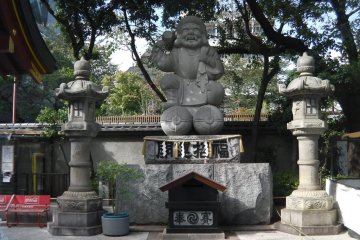 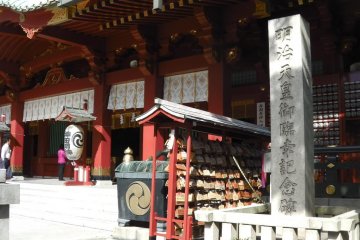 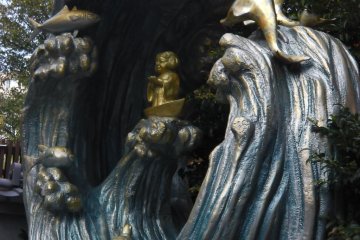 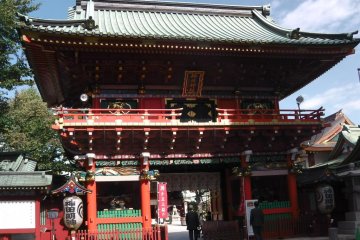 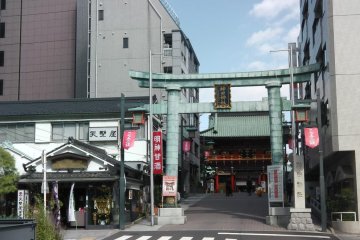 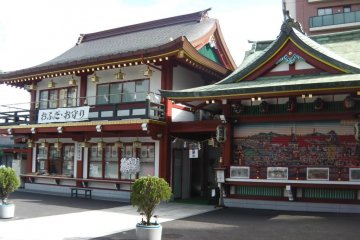 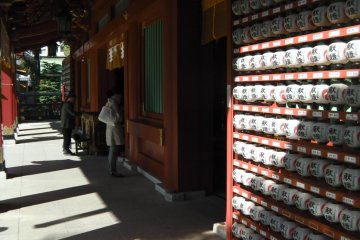 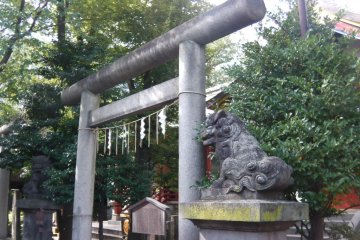 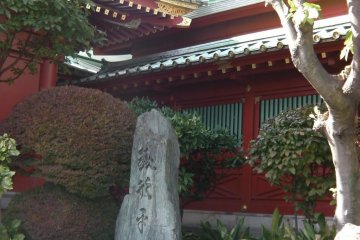