Rock 'n' roll showtime and a touch of oldies nostalgia

The rockabilly scene is alive and kicking all over the world. Singers like Imelda May from Ireland and Rhythm Sophie from Hungary, and bands like The Hillbilly Moon Explosion from Switzerland are busy expanding the rockabilly and retro catalogue with original songs and new interpretations of jump blues, rockabilly and rock ‘n’ roll.

A lot of the rockabilly lifestyle is attached to the hot rod and motorcycle custom scene. Hawleywood’s barber shop in California makes a killing from cut-throat razor shaves and old-school haircuts slicked back with a fistful of grease, tattoo artists make a healthy living from the endless desire for more ink, and retro diners like Ed’s and the Ace Café in London have managed to blend a feel for the past with modern life and make it cool.

Retro styles have always been popular in Japan, and the 1950s style has never really died out since it first hit in Showa 33 (that’s 1958 to me and you), when singers like Masaaki Hirao and Keijiro Yamashita imitated the American originals and kicked up a storm. The young rockers of the 1950s and early ‘60s grew up, knuckled down and became salarymen, building Japan into the world’s second largest economy bursting with modern technology.

But there exists a place in Tokyo where they can turn back time and revisit their lost youth: Kento’s in Roppongi. Unlike the young rockabilly and custom scene of today, you’ll be hard-pressed to find a tattoo in this place and the only grease you’ll find is on the fried chicken, burgers and fries. Yes, the band had quiffs, but nothing like the cartoon quiffs of the rockabillies found on Sundays in Yoyogi Park.

Kento’s is a chain of club style restaurant-cum-live houses. There are four in and around the Tokyo area, in Roppongi, Ginza, Shinjuku and Yokohama, and the theme of the chain is yesteryear. House bands at Kento’s Roppongi specialize in so-called oldies – the rock ‘n’ roll and pop music of the 1950s and ‘60s, including some Motown, while the house bands at Ginza, Shinjuku and Yokohama play covers of 1970s disco classics, ‘80s pop and some rock numbers.

When I visited the Roppongi club, The Flames were playing a month-long residency with Yukie as guest female vocalist. Pony tails, poodle skirts, red suits and quiffs – at first I wasn’t sure if this was cabaret, kitsch, retro cool or feel-good nostalgia. And then the clientele showed up. There’s no doubt that some of them were nearly old enough to have enjoyed this music the first time round, and they were clearly enjoying this nostalgic trip down memory lane, but for all the nostalgia, the band (themselves fast approaching middle age) are actually pretty serious about their stuff. For a start, they’ve worked hard to minimize their Japanese accents, and while they don’t sound American they are quite passable on most songs. They’re also open to requests, something which demands a wide repertoire and a willingness to be surprised. As an example, while any old covers band can be relied upon to knock out Elvis Presley and Buddy Holly all night long, when I visited, someone had requested the lesser known Sixteen Candles by The Crests, a 1950s R&B doo wop group from New York. Performing it with panache, they showed they know their stuff. Gear is taken pretty seriously too: band leader Bobby played a neat Charvel Surfcaster with lipstick pickups and tremolo, and guitarist Mo-ly played the classic Gretsch G6120EC with a P90 at the neck, which was run through a Fender Twin amp.

If you like this kind of music there’s a good chance you’ll enjoy hearing it played live, and it makes a change from playing the original records all the time. That’s right – records. You remember those round, black plastic things don’t you? Well this crowd of rockin’ daddy-o’s certainly do, and you’ll get a good idea of what your parents look like dancing once the band hits a groove and the beer and whiskey starts flowing. Don’t let that thought fill you with horror, though – the Japanese are famous for letting their inhibitions go after work and this is entirely in keeping with that philosophy. At first, I was more than a little amused as they bopped and jived, but my colleague told me of a Japanese saying: Fools dance and fools watch, but if both are fools you might as well dance.

Well okay then, the Jack Daniels tasted good and I’d paid the cover charge of 2,100 yen so it was the least I could do to get a little hand jive going at my table. In truth, the crowd did not consist only of fifty-somethings. I spotted dating couples in their late-20s and groups of friends in their 30s, and there were more than a few who had stopped by on their own after a hard day at the office. There were even a couple of non-Japanese there, but I got the feeling this was not a place that was well-known among the expat crowd.

If you know your rock ‘n’ roll and oldies, you’ll know the kinds of songs and artists The Flames played. There was Eddie Cochran, Paul Anka, Connie Francis and Skeeter Davis, Elvis, The Everly Brothers, Bobby Vee and The Supremes. So there you have it. Kento’s provides the light entertainment of the live music scene and you’ll need to keep that in mind if you decide to go. Don’t imagine you’re going to a gig at a hot roddin’ rockabilly club; Kento’s is all about the feel-good hits of yesteryear. But if you’re a fool for a girl with a ponytail and a poodle skirt or you like the twang of a Gretsch guitar then you might just be sold. Check the website calendar for which house band is playing on which particular night. There are also some videos on YouTube. The band plays four sets per night, separated by breaks of twenty-five minutes or so. And if you strike lucky and the band plays your request, well who knows, maybe you’ll get to discover who put the ram in the rama-lama ding-dong. 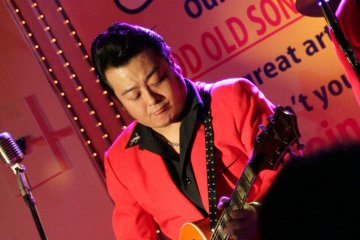 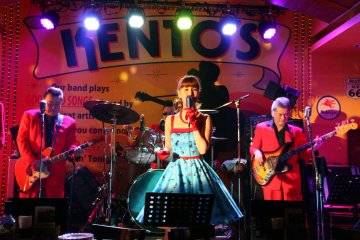 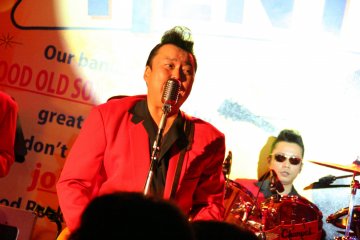 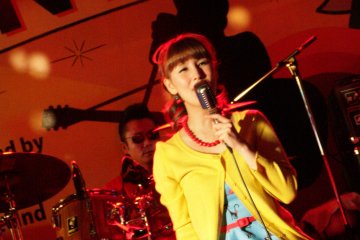 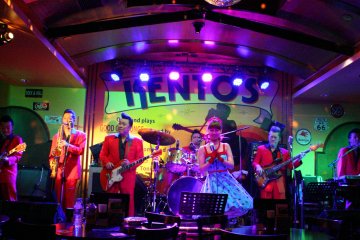 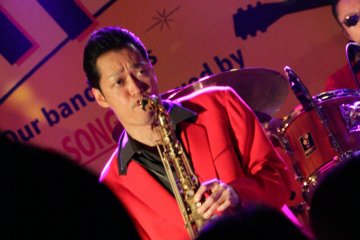 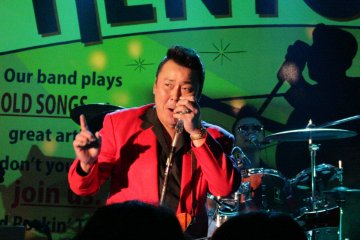 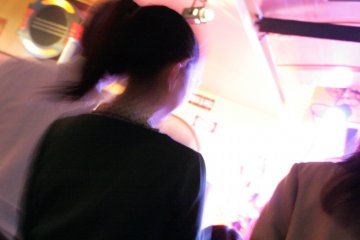 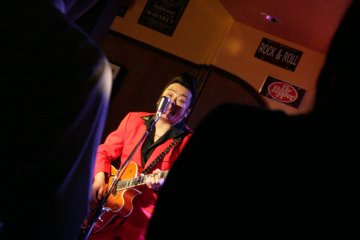 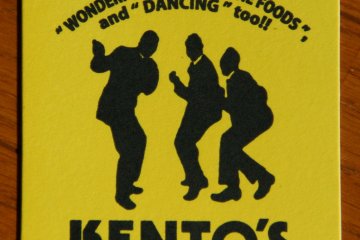