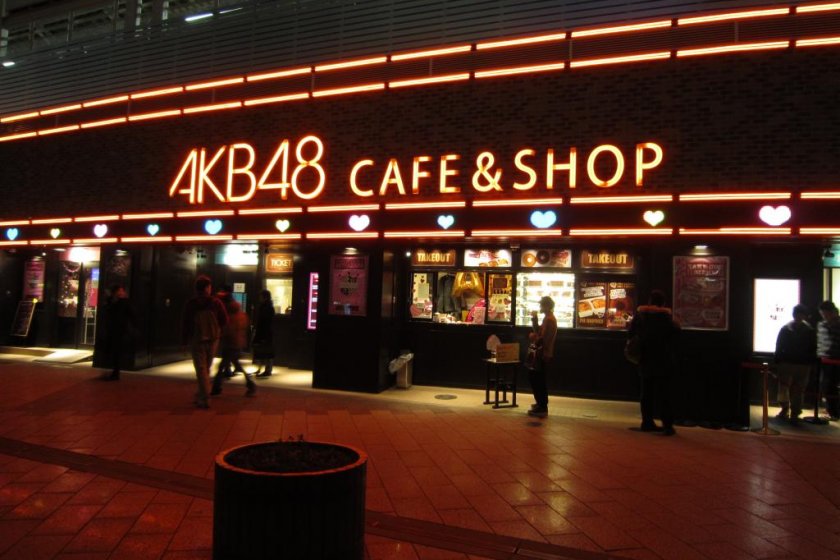 Akihabara or Akiba, as it is called by the Japanese, is also the home of one of the most popular groups of J-Pop, AKB48. The name AKB48 comes from Akiba where the group's theater is located.

AKB48 is a female idol group created and produced by Yasushi Akimoto. He is a well-known television writer, lyricist and record producer. Yasushi Akimoto's original idea was to create a theater-based group that would perform live on a daily basis so fans always go and actually see the girls.

The group holds the Guinness Record for being the largest pop group. The AKB48 members are divided into several teams. This allows them to do their daily shows as well as give performances in other locations and even other countries at the same time

If you want to enjoy a more relaxed time watching AKB48 videos and eating something delicious, then you must go to the AKB48 Café&Shop. From Akihabara station take the Electric street exit. It sits under the trains lines of the JR Yamanote and the JR Keihin Tohoku . A vibrant sign board welcomes you to the AKB48 world.

The Café offers a variety of menus from snacks, main dishes and desserts, many of them produced with the collaboration of the AKB48 members. if you are in a rush, you can buy a light meal in the takeout corner next to the café.

The AKB48 Café & Shop is composed of 2 mini gift shops, a takeout counter, a small theater and a coffee shop. The gift shops are placed at the left and the right side of this construction and the other facilities are in the middle of the Café.

Inside the gift shops you will find a wide selection of souvenirs, from biscuits and chocolates to key holder and towels. All of them printed with the faces of AKB48 members or logos related to them.

If you want to know more about the group and its music, you can go to the AKB48 Theater and watch some videos and documentaries about them and after that enjoy a buffet with a 2700 yen ticket.

There are many shows per day, so you can't miss the opportunity to learn more about this musical phenomenon. Admissions tickets cost between 1000 and 2000 yen. The shows are all live concerts performed by various members of the group.

If you are in Akihabara, do not miss the opportunity to go to this colorful and enjoyable place and learn more about AKB48 world. 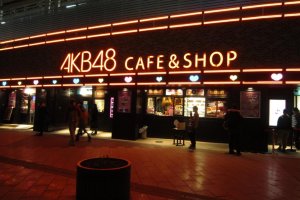 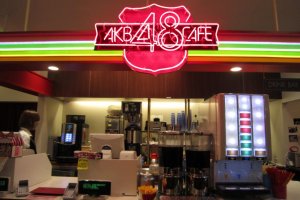 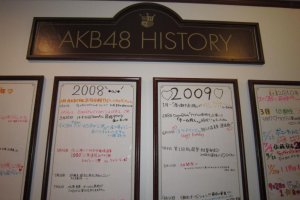 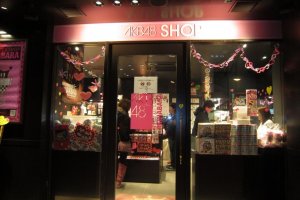 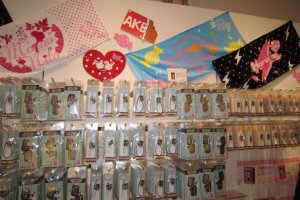 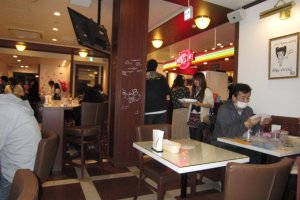