The Ko-So Cafe is an all-organic restaurant near Ebisu Station in Tokyo.

The restaurant itself is very attractive. The interior is modern and fresh, with green plants everywhere and bright colors (including a lot of green). There are some large tables for big groups, and some very unique tables for single diners without the stigma of eating alone or at a counter.

It's clear that a lot of thought was put into the menu. The dishes are inventive and appealing. The name "Ko-So" comes from the Japanese word for 'enzyme,' and the entire concept of the restaurant is a high level of healthiness. Of course everything here is organic, but that didn't put any limitations on the range or creativity of the menu. There's also organic beer! There are plenty of vegetarian dishes, as well.

The food itself was delicious. As someone who was a little out of his element in this kind of restaurant, I was very pleased with how good everything was. The presentation of the food was excellent - great care was put into the appearance of everything from the drinks to the dessert.

The downside to being a non-vegetarian in this kind of restaurant is that I walked away very hungry. While the food was delicious, it came in rather small portions and was not filling at all. Two and a half hours later I was off to the convenience store to quiet my rumbling stomach.

The other downside was the price. Most of the items on the lunch menu were in the 1,100-1,200 yen range (which included a drink and a mini dessert), which is a bit steep for lunch in general, but even steeper considering that I walked out hungry.

The menu is in Japanese only, but has pictures.

The Ko-So Cafe does very well what it set out to do, and that's to make healthy and delicious food and create a very fresh, clean atmosphere. It's highly recommended for people who are looking for exactly this kind of restaurant. For those looking to try a new kind of cuisine, find another place that's a bit cheaper and has larger portions. 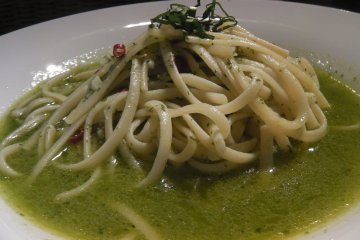 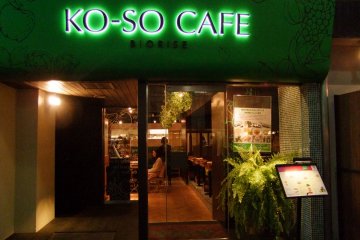 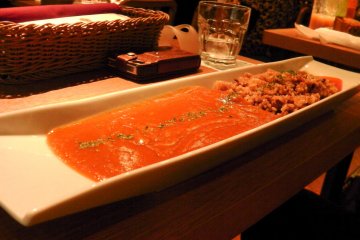 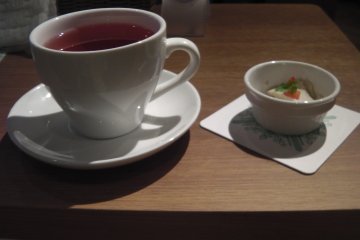 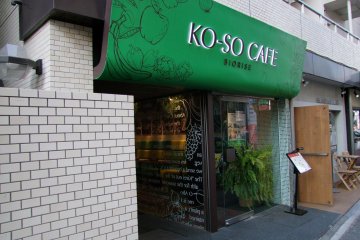