Looking at Japan and her culture through live theater

Sometimes experiencing Japanese culture through a cultural activity, event, or products including movies, live theater, and music can be a better learning opportunity than anything else. On a rainy day in November, I was invited to watch a production of Bonjin no kagayaki  (凡人の輝き) by Dead Stock Union at Woody Theatre Nakameguro.

In order to appeal to a wider audience, plots for the troupe's productions are usually designed in a manner in which they can be understood by various societal groups, making an effort to overcome differences in generation, gender, and religious beliefs. Most cultural products such as television shows, dramas, movies, and productions include elements which can be easily understood by a wider public and in this sense, provide an excellent opportunity for outsiders to learn more about the culture. As an outsider who is not as accustomed to Japanese culture as those who live here are, this experience was an interesting and informative opportunity to get to know Japanese culture.

Parts of the plot which were aimed to appeal to particular emotional responses including laughter and tears emphasized aspects of Japanese culture which I had not noticed deeply before. The sentiment of ‘not causing troubles for others’ was emphasized the most and I realized how strongly it influences Japanese society and culture. I was aware that it had an importance in the society but I was surprised to realize how great a significance it actually had. The plot was based mainly around this one sentiment. This worked as the most influential standard when judging and understanding the characters’ actions and words.

After the show, my Japanese friends and I had a discussion about the characters and I realized how cultural differences played a great role in creating our different opinions.

Every issue and story can be interpreted in a number of ways depending on the beliefs and culture of the observer. Through this opportunity, I could view, feel and experience Japan in a very different manner. Looking at Japan through live theater provides a unique experience which allows you to get to know an alternative side of Japanese culture. Japan possesses a vigorous live theater scene. Trying out one, especially on a rainy day when outdoor activities become restricted, is strongly recommended for a refreshing cultural experience.

Although this production and others the group performs are entirely in Japanese, it is still a very interesting experience, and comes highly recommended. 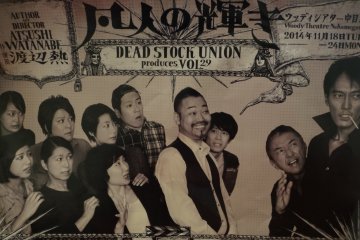 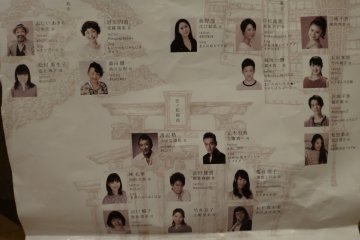 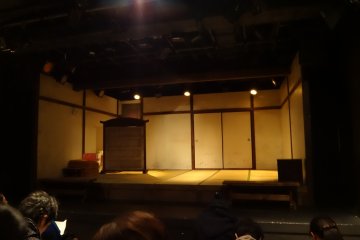