Melting in the Mouth

Perfect ice cream cones and more at this tiny store!

Anyone who has visited Japan in the height of summer knows that the season is hot and humid. There are ways and means to make the heat more bearable, though - and one of the best has to be enjoying a frozen sweet treat. There are plenty of great spots to indulge in something icy across the country, but if you're after the perfect vanilla ice cream cone then look no further than Tokyo's Melting in the Mouth.

The store is located in the suburb of Hiroo, in a blink-and-you'll-miss-it location. You won't want to pass it by, though - they've got some of the best vanilla ice cream out there. They use organic milk in their products, and have actually conducted research into the most popular size and shape of ice cream, with 125 grams being the magic number. Their ice cream is so popular that they've even hosted successful pop up shops as far away as Kyoto and Nagano, so you know that they're doing something right!

When it comes to the interior of the store, it's modern and on trend - unfinished concrete walls, bar stool seating, with fun quotes adorning the space. For instance, one of the walls is emblazoned with the words "life is like an ice cream - enjoy it before it melts". Sage advice, indeed!

In addition to the delicious, perfectly swirled vanilla ice cream cones they serve up, there's a host of other tasty eats on their menu to enjoy. They've got donuts in a wide variety of flavors, including strawberry milk, lemon cream, vanilla sugar and choco crunch, through to loaded hot dogs and parfaits. They even have coffee if you need a caffeine fix to start your day. If you're feeling particularly indulgent, you can always pair your vanilla cone with one of their thick-shakes. The peanut butter variety is dangerously good!

Melting in the Mouth is a short 5 minute walk from Hiroo Station, on the Tokyo Metro Hibiya Line. 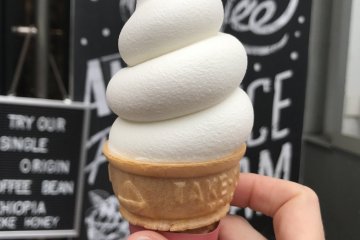 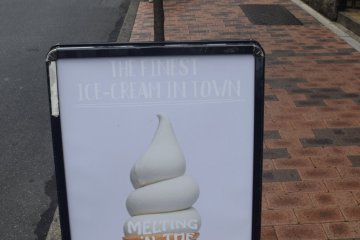 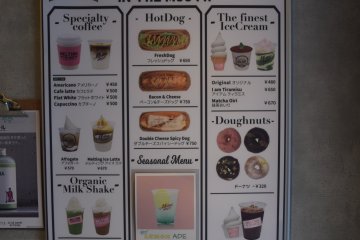 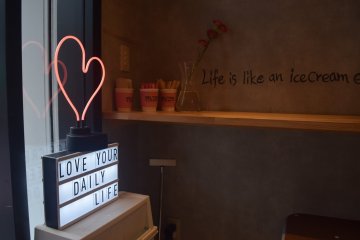 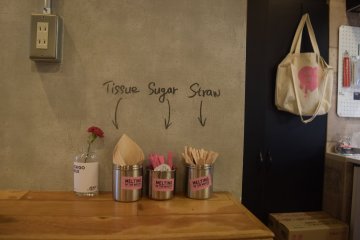