A huge expanse of space and family fun in Katsushika

It really is hard to believe that you are in Tokyo when you visit Mizumoto Park in Katsushika City. Surrounded by water, popular trees, birds, canals and more green than your grandmother's garden, Tokyo's largest green space is bastion of nature on the edge of metropolitan Tokyo.

The park itself was open to the public in 1965 and its Koaidame pond was set up to to help control flooding of the Tone River as well as acting a reservoir for Katsushika City. Those aims are still extant but the park has become much, much more to the local population.

With over 500 cherry blossom trees, you can imagine just how delightfully enjoyable spring can be here while in summer, the park plays host to an iris festival in June that showcases the park's over 200,000 iris flowers. A veritable sea of purple if there ever was one, it turns out that the iris is the official flower of Katsushika City.

It probably goes without saying but Mizumoto Park is absolutely perfect for families. Barbecues, picnics, fishing, it's all possible here. You can also add an adventure field and camping ground to the list. Nature buffs will seriously enjoy Kingfisher Home where information is available about the park's fauna and the two Wild Bird Observation Houses are bird sanctuaries offering scores of photo opportunities for bird lovers.

If you are ever in the mood for an open - and beautiful - day out with family or friends, you really can't go wrong with Mizumoto Park.

From Kanemachi Station on either the Chiyoda Line or JR Joban Line, take a Keisei Bus bound for Nishimoto Sanchome and then get off at Mizumoto Koen bus stop. The park is about 7 minutes from the bus stop.

Alternatively, the park is a 20-minute walk from Kanemachi Station. 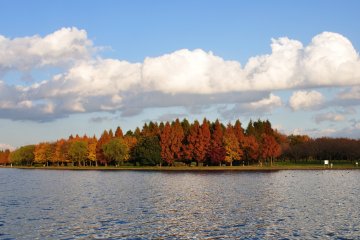 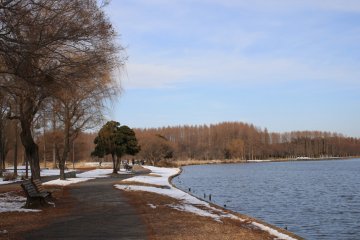 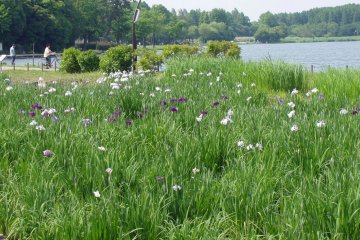