All is not lost for travellers who find they can’t squeeze in a trip out of the capital city to see Mt. Fuji! While it’s hard beating seeing the iconic mountain of Japan up close and in its natural environment, it can be just as stunning when juxtaposed against the industrial backdrop of metropolitan Tokyo.

Bustling, commercial Tokyo has the public transport system to match. Thanks to this, a network of around 2,210 stations and numerous high-rise buildings cover the area of greater Tokyo with some coincidentally acting as good vantage points from which to view Mt. Fuji.

If you have enough enthusiasm or motivation to get up early, Mt. Fuji is typically most photogenic when captured around dawn or dusk. “Benifuji”, a phenomenon when the mountain is stained deep pink, can be seen best on crisp winter days at sunrise and sunset from around October to December.

One last thing to note is that if you intend to go back the way you came by riding the train back in the opposite direction after having seen Mt. Fuji (i.e. you did not exit the station), you will have to visit the ticket help office (next to the ticket gates) at your alighting station. For sunrise shots, also check when the first trains run to see whether you can reach the spot in time.

The monorail itself is like a futuristic installment that sits raised above the city of Hino in western Tokyo. This provides a good leverage even from the home platform where you can see Mt. Fuji. The station is on the Tama Toshi Monorail Line and is also well-positioned for a view of “Diamond Fuji”, when the setting sun aligns with the summit of the mountain and looks as if its sitting on top. You can get there by taking the Chuo line to Tachikawa, then transferring at Minami Tachikawa station nearby to the Tama monorail.

The Bunkyo Civic Center is a government office building located in the Bunkyo ward of north metropolitan Tokyo. Just like the Tokyo Government Building, there is an observation deck on the 25th floor that visitors can access for free. Mt. Fuji is nestled in between city high-rise buildings in the west. It’s a one-minute walk from Kōrakuen station and Kasuga station to the Bunkyo Civic Center.

Fujimizaka is a side street that is a seven-minute walk from Nippori Station. Although the lane is approximately 100km from Mt. Fuji, it remains one of the few places left in the metropolis from which Mt. Fuji can be seen from ground level. Chances of being able to catch sight of the gracious mountain are looking slim, as construction companies look to build high-rise apartments and office buildings in the surrounding area.

If you are only in the Tokyo city for a few days, you may find such spots easier to get to when pressed for time in your itinerary. It also gives you the flexibility to pick a day of good weather. Explore the city and try catching your own unique angle of the majestic Mt. Fuji! 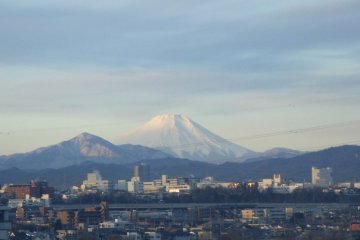 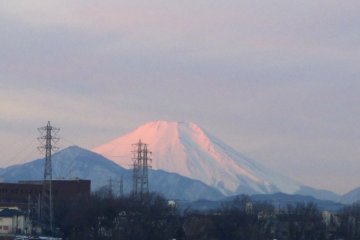 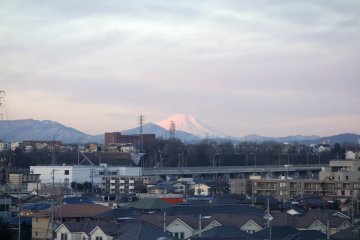 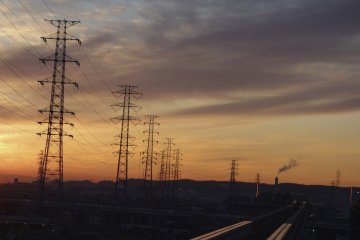 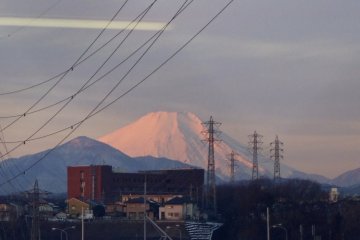 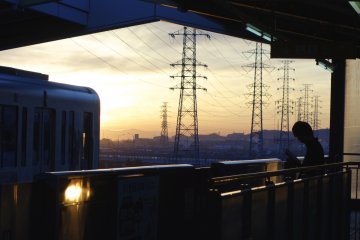