A Japanese tradition based on ancient Chinese medicine

The fast-paced and demanding conditions of our contemporary lifestyle have given rise to a widespread malaise. Migraine, irritability, insomnia, and fatigue are common complaints that we often dismiss as the price we have to pay for living in the age of stress. Thus, many live in a state of "not quite sick yet but close to becoming ill." Dissatisfied with the quick but short-lived effects of conventional drugs, more and more people are exploring ways to restore long lasting health and vitality through relaxation, exercise and a better diet.

Kampo offers a way to help return the body to health. Kampo is a Japanese tradition that adapts ancient Chinese medicine. It can be traced back to the 5th century when Buddhism was introduced from China. Its central concept is that symptoms can be improved by addressing balance and flow issues and enhancing the body's natural ability to heal itself. Kampo emphasizes the balance between yin and yang and classifying symptoms under the five elements (wood, fire, earth, metal and water).

This healing concept is familiar to me. As a child, my parents have brought me to a Chinese doctor who diagnosed my frequent nose bleeding, red itchy welts that appear on my arms and legs, and canker sores as a manifestation of too much heat or yang. The doctor recommended eating cooling food such as radish. Food is medicine and kampo's medicinal recommendations come in the form of herb extracts and teas.

At the Nihondo Kampo Boutique, Kampo consultants can help asses your health issues and identify which type you are. Then they can also recommend Kampo based products that will help you address excesses and deficiencies in order to reach your personal health goals. One may feel daunted by going into a regular kampo center, but at the Nihondo Kampo Boutique, kampo becomes more accessible as it is offered in a non-threatening environment.

Nihondo Kampo Boutique is located on the 4th floor of the Tokyu Plaza Shibuya. It is a two minute walk from the West Exit of the JR Shibuya Station. 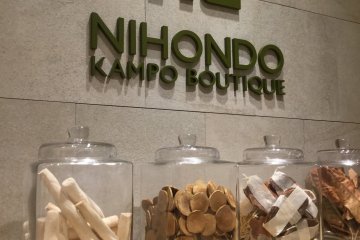 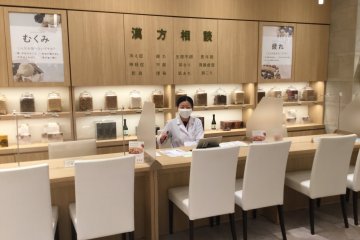 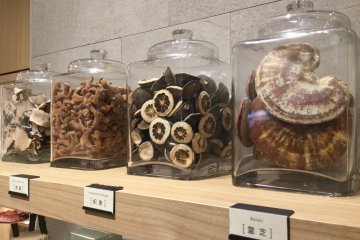 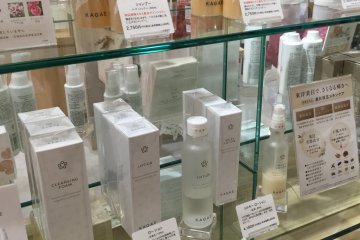