Nishi-Nippori Park is a simple green space located at the top of a slope leading directly from the west side of Nishi-Nippori Station. The surrounding area is dotted with numerous shrines and temples, most of them having survived the World War II air raids that devastated much of Tokyo in the 1940s.

A good place to take a breather from the walk up the hill, Nishi-Nippori Park is a no-frills spot of space differentiated from other local parks mainly by its vantage point and its capture of green nature within a downtown Tokyo neighbourhood. Fans of Japan's trains will find the park to be a nice spot for a bit of trainspotting as it offers a decent vantage point to observe Nishi-Nippori station and the trains coming and going.

Along with the neighbourhood's many cats, the park's elevation also offers views of the surrounding neighbourhood; the area long known since Edo times for its cicadas. During summer, when their famous stridulating sounds are in full force, the park's thick greenery and shade makes for a pleasant respite from the heat.

The park itself is a basic affair with some simple playground equipment that will keep younger children entertained for a little while. What gives the park the character it has, though, are its trees. With the famous Japanese sense for sunlight filtering through the leaves, the trees of Nishi-Nippori Park provide a casually soothing reminder of Japan's seasonal changes.

Though simple, Nishi-Nippori Park has an almost dreamily non-tourist feel about it. Local and personal, the park makes for a nice complement to the many old shrines in this area and a good starting point for their exploration.

Take the Chiyoda, JR Yamanote, JR Keihin-Tohoku or Nippori Toneri Liner Lines to Nishi-Nippori Station. Head out of Exit 1 for a 1-minute walk up the hill to the park. 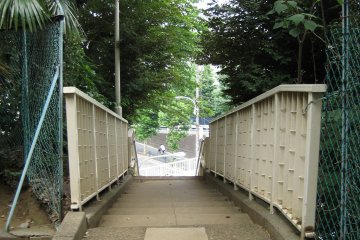 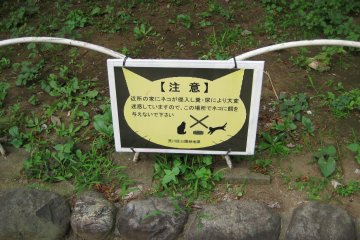 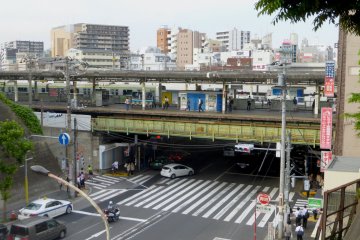