Taiko drumming things up in Tokyo this spring

The magnetic rhythms of traditional Japanese taiko drumming have taken the world by storm.

And one of the top taiko drumming groups, Drum Tao, now operate out of the Alternative Theatre in Yurakucho with the group currently holding twice daily performances throughout the spring season.

These spring performances are described as "Revolutionary New Drumming Entertainment in Tokyo" and are a stunning collaboration of tradition and modernity. Titled Mangekyo, the performances feature an innovative light show that works to compliment the power of the traditional rhythms.

Mangekyo features two 80-minute shows at 3pm and 8pm, offering visitors the chance to experience the past and the future in an exhilarating exhibition of sound and light.

For ticket and performance information, please check the official website.

Take the Ginza, Hibiya or Marunouchi Subway Lines to Ginza Station. Alternative Theatre is a 1-minute walk from Exit C4. You can also take the JR Yamanote Line to Yurakucho Station. The theatre is 3-minute walk from the Chuo or Ginza Exits. 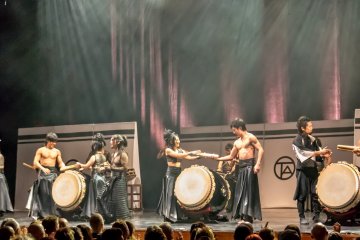 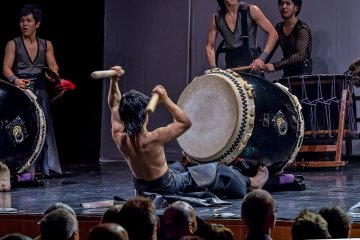 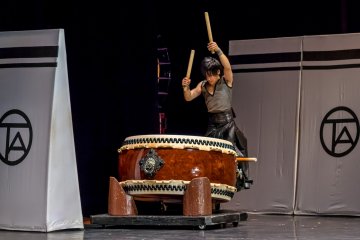