My last meal before flying out of what turned out to be a whirlwind and truncated trip to Japan, Rokurinsha ramen and their tsukemen dipping noodles came highly recommended. And since tsukemen is one of my favourite ramen dishes, I was very much looking forward to eating here.

You'll find Haneda Airport's Rokurinsha within the departure lobby of the International Terminal which means these incredibly delicious noodles and broth are only available to those leaving the country. No passport and security check, no noodles! Having passed these rigorous criteria, off I went for one last taste of Japan before my flight.

Well, as expected given the current worldwide travel concerns, the departure lobby was eerily quiet. No people, no noise. But no people meant no waiting so after giving the menu a quick scan, I ordered the basic tsukemen dish for JPY880 and waited for the staff to prepare my meal. A few minutes later, it was ready...

... and taking my first bite, I was absolutely delighted with what I experienced. The noodles were thick, almost juicy in their plumpness, and were simply perfect for dipping. The broth, unlike the cool noodles, was warm with thick slices of pork. The pork was a tad firm but everything else was spot on.

One feature of Rokurinsha is their katsuo skipjack soup. The store recommends pouring a ladle or two from a dedicated container into your remaining broth once you've finished the noodles proper. And drink up. I did and suffice as to say, Rokurinsha have a new fan. Just delicious.

I've got to thank those who recommended Rokurinsha. Your advice was spot on and a great way to farewell Japan. 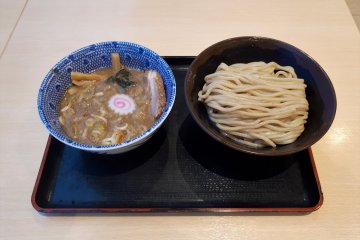 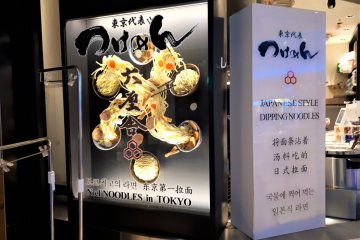 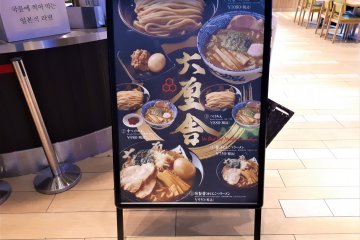 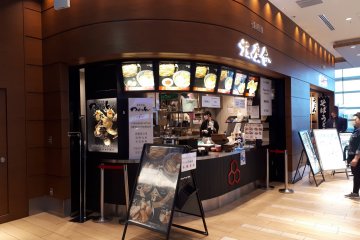