Dip into this classic Japanese cuisine at your own pace

The core concept here of 'personal shabu-shabu' differs from the traditional experience, where a group typically sits around a large central nabe pot to share. At Yamawarau, each diner gets their own, individual pot which means you can not only order exactly what you want from the outset, you can also customise exactly how your shabu-shabu will be, tailored to your own preferences.

This doesn't just mean what kinds of ingredients you throw in, but how long you let them cook, what combinations work best and—with each space benefiting from a temperature control panel—at what temperature or how fast you allow everything to be cooked. Ultimately, you can relax without any hesitation about how to proceed.

For diners unfamiliar with the shabu-shabu concept (which could mean anything from what to do, to which sauce is which or wondering why there are so many serving bowls), Yamawarau lets you approach the experience at your own pace without the need to worry if you're 'getting it right'. Of course, the chefs are near at hand to show you what to do and where to begin.

With a spacious dining area made up of two sprawling, natural wood-finished oval counters, the lineup of copper nabe pots against the open kitchen backdrop makes for an engaging, inviting experience.

Yamawarau serves a range of choices, but it all simmers down to a healthy, balanced selection of seasonal vegetables, meats and grains. Their 'Yonezawa Buta Ichiban Sodachi' brand pork—one of the most tender, flavourful varieties of pork—can be enjoyed shabu-shabu style with their exclusive, rich sesame dressing made using fermented tofu. If you opt for sukiyaki, expect high quality domestic Japanese beef alongside eggs from renowned Taketori Farm in Miyagi prefecture. Everything is served with Koshi Ibuki rice from Niigata prefecture, well-known for its taste and quality.

Lunch time offers great value, with recommended courses including Sirloin 50g and Pork Loin 50g (1,500 yen), Sirloin 70g, Pork Loin 70g and Appetizer (2,450 yen) and also Sirloin 120g (1,800 yen). Other offerings include sukiyaki (Sirloin 70g with raw egg at 1,450 yen) and Ochazuke sets (from 2,200 yen). Everything is served alongside seasonal vegetables, dipping sauces and condiments, and rice (choose from white rice and jukkokumai, or 10 grain). A wide range of side dishes and beverages, including Japanese sakes, are also available.

Specialising in traditional Japanese cuisine, Yamawarau wants you to fully appreciate their traditional craftsmanship on display too. Meats are served on handmade magewappa trays, a traditional craft from Akita prefecture. The copper nabe pots are also carefully handmade, and even the entrance curtain is made from traditional Kakegawa Kuzufu, woven from arrow root fibres in Shizuoka, and decorated in calligraphy.

Shabu-shabu refers to the style of cooking thinly sliced meat and vegetables in a hotpot of simmering water, with the onomatopoeic term derived from the sound of dipping meat into the nabe broth as it cooks almost instantly. Sukiyaki cooking is very similar, though the broth is flavoured with soy sauce, sugar and mirin, and meats are left to cook for longer before being dipped in raw egg before eating.

Yamawarau is just a 3 minute walk north of Omotesando Station (Chiyoda/Ginza/Hanzomon Lines), with A2 the closest exit. 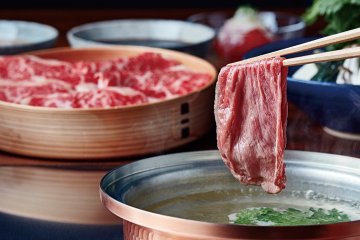 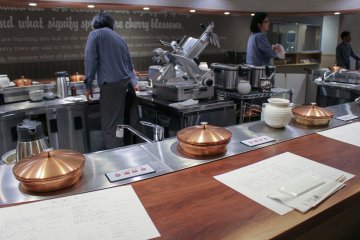 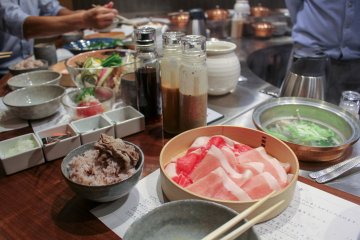 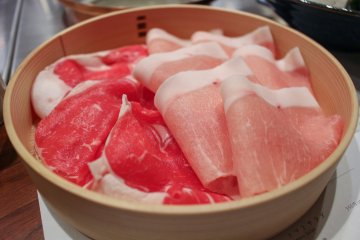 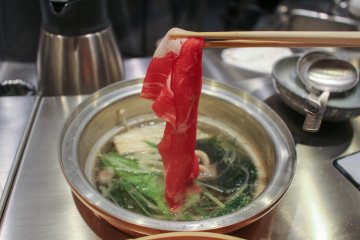 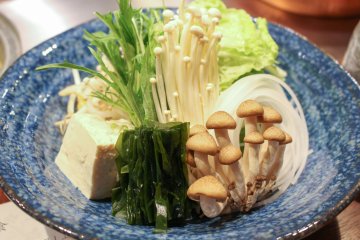 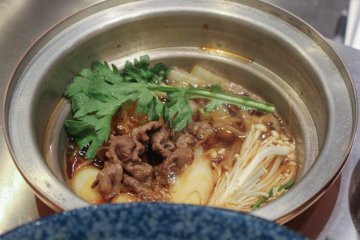 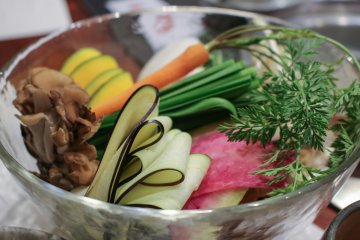 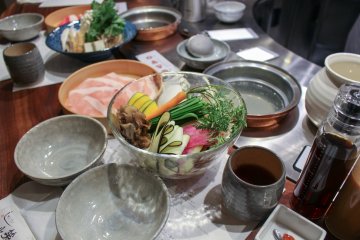 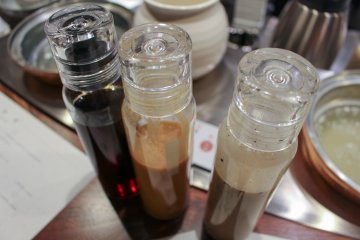 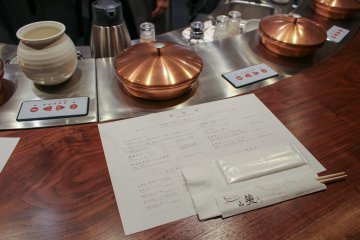 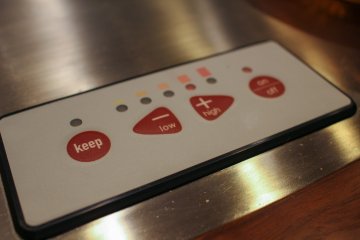 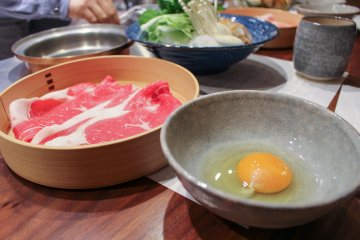 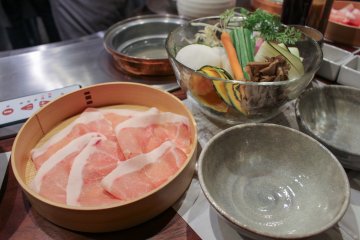 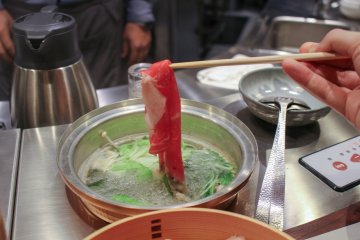 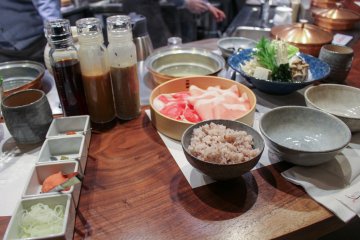 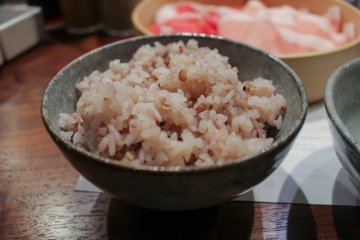 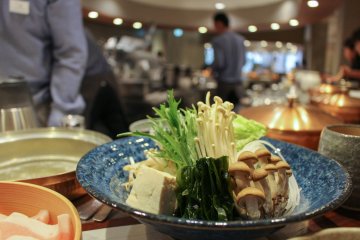 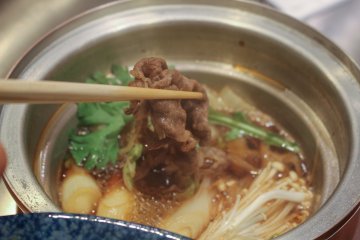 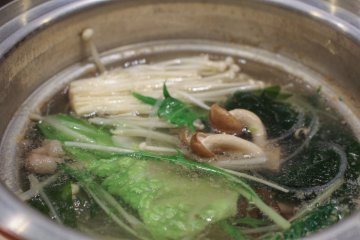 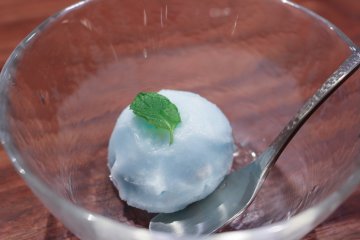