Japan's oldest public park, Shiba Park has certainly been around. Located in Tokyo's famous Shiba area, Shiba Park was established in 1873 and is currently in its fifth era of modern Imperial rule. It has also survived two world wars, civil wars and the ever undying brightness of Japan's kawaii cute culture.

But while the local salaried men and women head to the park for a brief respite from their corporate duties, spare a thought to Tokyo's missing royalty once entombed beneath its soil. The little hill covered with trees right by the Prince Park Tower Tokyo building is actually the tomb of ancient Japanese royalty. The problem is, nobody knows which royalty.

Spread throughout Japan are some 161,000 or so megalithic tombs built for well, important people. These kofun, as they are called in Japanese, are huge structures of earth and stone that cover the final resting places of their occupiers below. Perhaps the most famous occupant of a Japanese kofun is Princess Himiko, the semi-legendary shamaness-queen of the 2nd-3rd century.

As for the Shiba Maruyama Kofun, the best information available suggests that it was built in the 5th century but other than that, nothing else is known. Long relieved of its contents and even original shape, the 110-metre keyhole shaped Shiba Maruyama Kofun in Shiba Park is a monument to a time now lost.

Shiba Park is a beautiful place to relax, take in some exercise or lunch. There are numerous historical attractions reminding the visitor of the depth of Japan's past but perhaps none greater than Shiba Maruyama Kofun, the tomb of Tokyo's missing royalty. 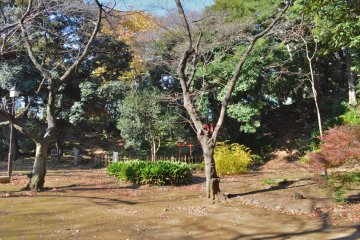 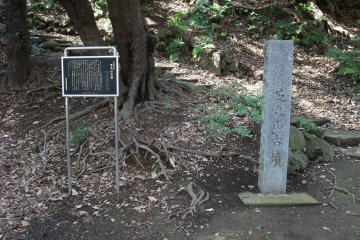 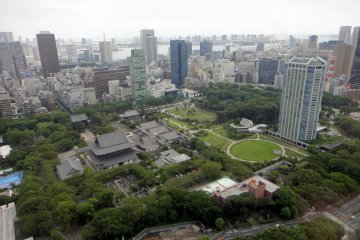