A peek into a past few thought the city had

There are many who consider Shinjuku City Ward to be the capital of Tokyo's never-ending business and entertainment life. But scratch beneath the surface and you suddenly discover that, lo and behold, there is actually more to Shinjuku than business towers and izakaya drinking bars.

To find that hidden side of the city, head down to the Shinjuku Historical Museum. Ironically modern in design and structure, the museum is reputed to hold thirty thousand years worth of history inside. But fast forwarding to a time more congenial with most people's image of Japan, the museum lets visitors know that Shinjuku has been around since at least the fourteenth century.

To simplify things, the exhibits here are organised according to era. Pottery dating back to the early Jomon period can be found, bringing to light direct archaeological evidence from some fourteen thousand years ago. The records of influential families from the fourteenth century provide much of the museum's medieval exhibits while what we would now call modern Shinjuku is highlighted during the Edo and Meiji period sections. Life-sized replica buildings that once existed can be found, like a former pastry shop built in the tanagura warehouse style.

It turns out that literature has always been an important of life in Shinjuku and the museum records that history too by focusing on the manuscripts of over two hundred writers who were active in the modern area. This section leads to the post-Word War II era known as the Showa period where visitors will find scores of reconstructions of the city from that period, including a life-sized home and a streetcar.

Along with the era sections, visitors will also find a special exhibition area, an outdoors sunken garden while on the second floor can be had a library and reading room. The Shinjuku Hisotrical Museum is a great find for the historically-minded and with admission at only JPY300, a great find amongst modern Shinjuku's busy and non-stop facade.

Take the Toei Shinjuku Subway Line to Akebonobashi Station and head out the A4 Exit. The museum is about an 8-minute walk. 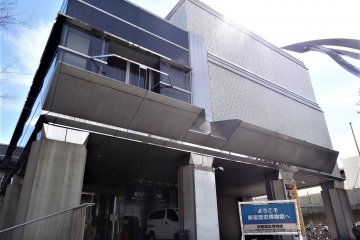 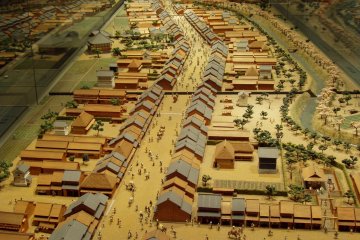 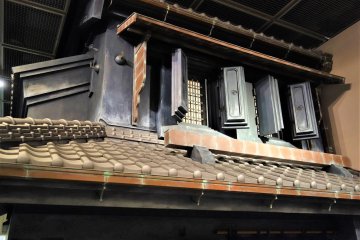