Jazz has been interwoven in the tapestry of the Tokyo art scene since it first seized the country in the 1920s. Its development from then has been long and turbulent. The 20th century saw it battered by the skepticism of the conservative class, who attempted to ban it as “enemy music,” and many commentators both inside and out of the country derided it as a cheap imitation of the American form. However, through it all it has held firm, gained a passionate following, and evolved in response to voice an innovative flavour of jazz found sparing across the world. Today, Shinjuku Pit Inn continues this legacy.

The Pit Inn’s reputation for housing some of the most innovative and experimental artists of Japan has likely been earned through its full-hearted embrace of the philosophy of putting the integral music experience first. Walking into the club, this quickly becomes clear. There are no separate tables, no private stools in a dark corner for distracted conversation. The seats are plainly lined up with the stage directly in front, designed to ensure the performers ensnare the audience's attention. One might imagine this would create an intimidating atmosphere, but visitors will be relieved to hear this is not the case at all. The hardwood basement space itself is cosy, being warmly lit and well adorned with posters signed by visiting musicians from the past. The front-of-house staff are also incredibly welcoming, and perfectly patient with non-Japanese speakers.

Relative to other jazz clubs in Tokyo, the cover charge is fair, being set by default to ¥3000 throughout the week and weekend for an 8:00 pm show. Alternatively, a quieter matinee show starting at 2:30 and finishing at 5:00 pm is regularly offered for a cover fee of only ¥1300 during the week -- a perfect way to witness Tokyo jazz for the budget traveller!

Lacking neither pretention nor a lust for money, the Pit Inn’s passion for jazz makes it a paragon of the Tokyo jazz scene, and more than anything, it is a simple joy to behold. 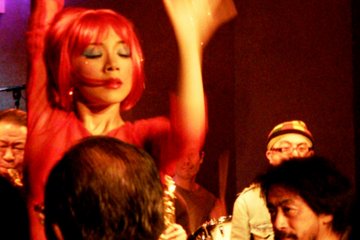 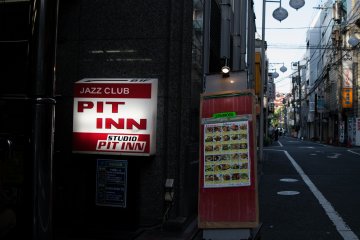 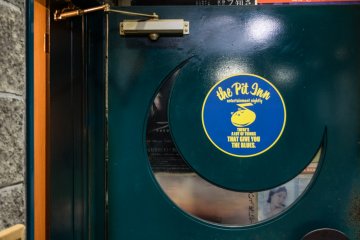 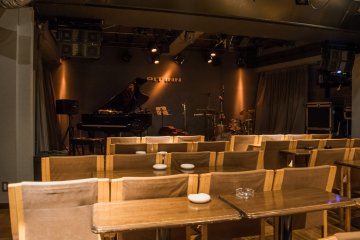