Soranoiro (ソラノイロ) sent shockwaves through the ramen community when it opened back in 2011, thanks to owner Miyazaki-san's fresh and novel approach to ramen. Specialising in vegetable-based ramen, Soranoiro's healthy menu and bright, airy shops (a far cry from the familiar grotty neighbourhood ramen joint), have been embraced by noodle lovers far and wide.

Five years and a stack of awards later, 3 more stores are now operating across Tokyo – the most recent one over at the new commercial development, Kyobashi Grand. The original store in Tokyo's Kojimachi though is definitely worth dropping by, to see where it all started.

The menu offers a range of healthy, colourful options but the main dish that propelled Soranoiro to ramen fame was their 'Veggie Soba'.

So not strictly vegetarian, but neither your average bowl of Tokyo ramen. This is where the Vegan Veggie Soba steps in.

Basil-enhanced oats and lotus root chips top off the bowl, adding contrasting textures to the bowl's explosion of colour.

On the bowl's edge, 2 pastes—one potato-based and the other a red yuzu kosho—add a final kick of colour. It sounds rather healthy, and one serving will provide you 75% of your recommended daily intake of vegetables. Not bad for a dish with an unhealthy reputation.

The original branch in Kojimachi is less than 5 minutes walk from Hanzomon station on the Hanzonmon line (Tokyo Metro). 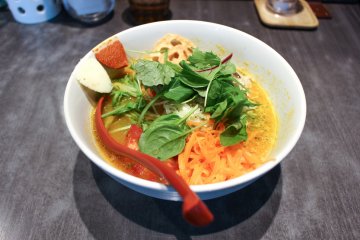 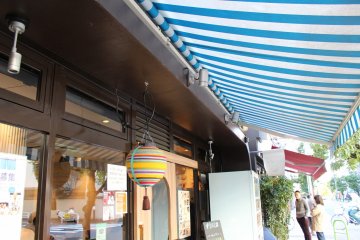 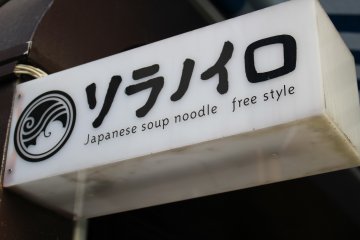 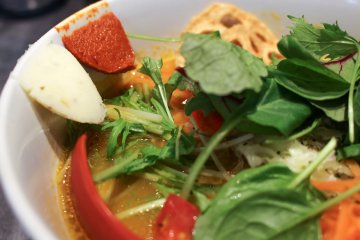 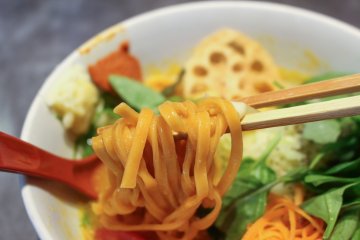 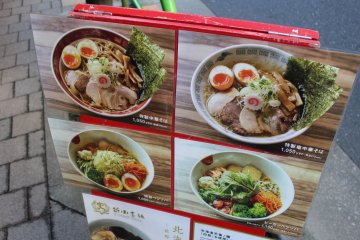 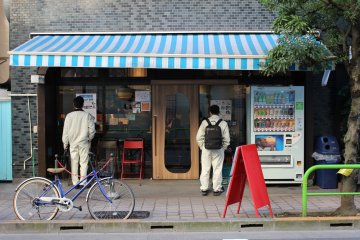 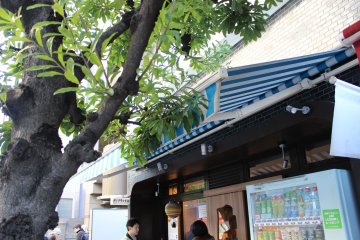 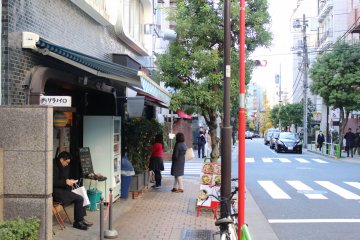 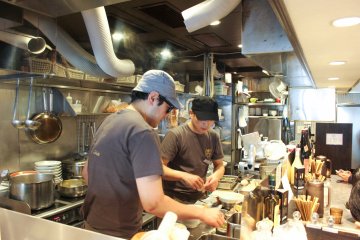 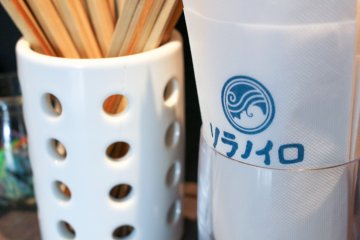 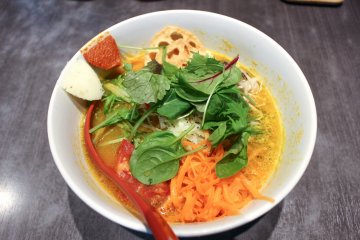 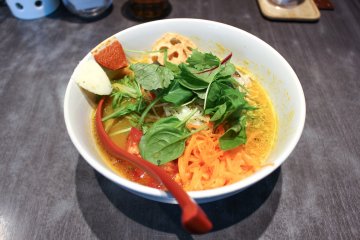 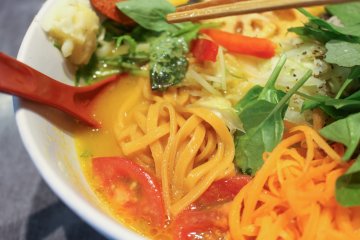