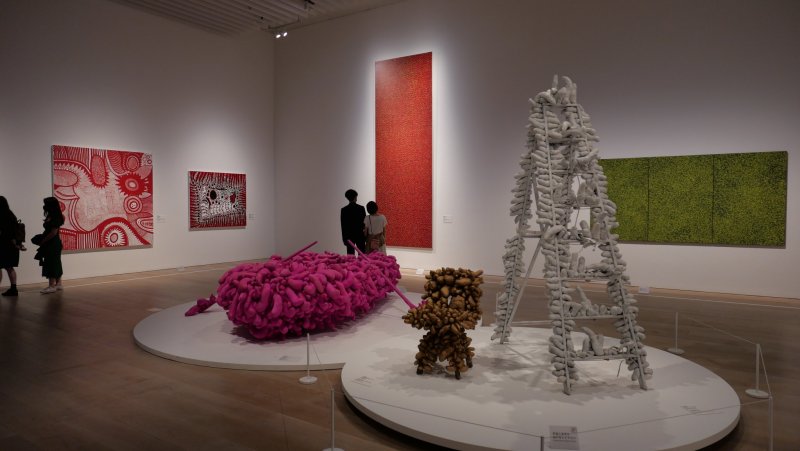 Six Contemporary Artists from Japan to the World

Mori Art Museum is temporarily closed for renovation until April 21 [Wed] and will reopen on April 22 [Thu] 2021.

Currently taking place at Tokyo's Mori Art Museum is a special exhibition titled "STARS: Six Contemporary Artists from Japan to the World". The event focuses on six artists whose work was propelled far outside Japan in the postwar decades of economic growth and globalization. The event showcases a range of works by artists like Yayoi Kusama and Takashi Murakami, with a focus on how their art has been received globally and how their pieces have evolved.

Adult admission to the event is 2000 yen.

If you're driving to the venue, take the Shibuya Exit from the Tokyo Metropolitan Expressway. The museum is around a 10 minute drive from there. Parking is available at Roppongi Hills at a cost of 600 yen per hour, up to a maximum of 3000 yen per day. More details about parking can be found on the Roppongi Hills website.