Fried chicken bigger than your face

We happened to pass by this nondescript window attached to the usual looking Chinese restaurant on our way to Akihabara Station. Like many typical Chinese restaurants, bright red lanterns hung from the ceiling. Outside were stools lined up leading to the window, hinting at long lines during peak periods but were now empty at 4:30 p.m.

From the window, one can buy Taiwanese deep fried chicken as big as your face for ¥540. Plastered outside were pages of a gourmet book in which this fried chicken was featured. We decided to try one all four would share. We braced ourselves for the worst -- we've had fried chicken that tasted like cardboard.

Only upon payment does the staff put a pre-marinated and battered piece into the fryer. After a few minutes' wait, we have it, piping hot fried chicken that, upon measuring, was truly bigger than your face.

The fried chicken was big but thin, in a crispy good way. Inside, the chicken was delightfully juicy and far from the dry cardboard we were expecting. But the most lip-smacking great thing about this chicken were the spices. We were instantly transported to the streets of Taipei.

It is no secret that many Chinese restaurants in Japan use 台湾 (Taiwan) in their name even though they are from the mainland and their dishes are not remotely close to Taiwanese. This, however, was not one of them. Taiwan Karaage really dishes out one of the most popular soul foods in Taiwan's night market called Zajipai. The batter is made from tapioca powder which drains well and isn't oily. The outside is perfectly crispy and fragrant with distinctly Taiwanese spices, and the chicken is juicy. It is made with domestic chicken breast that has been marinated in a secret sauce.

Take a trip to Taipei's night market for only ¥540.

Taiwan Fried Chicken has several branches. The Asakusabashi branch is about a 5 minute walk from either Akihabara Station (served by the JR Lines and the Hibiya Line) and Asakusabashi Station (JR and Toei Asakusabashi). 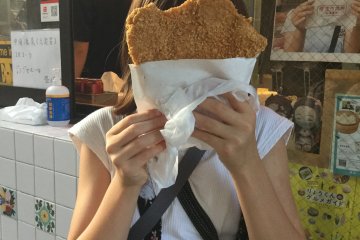 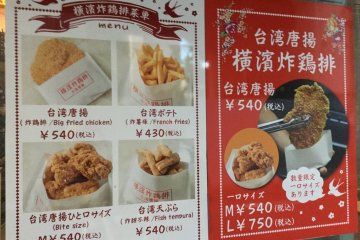 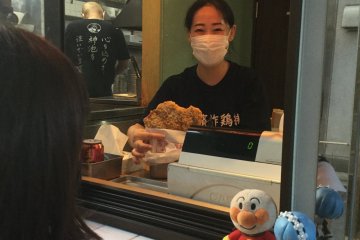