Situated in the Tokyo suburb of Sangenjaya is Tokyo Saryo, which could be described as a modern take on a traditional Japanese tea house. If you’re a fan of chic, minimalist design, you'll feel right at home as soon as you arrive. The bright white walls and wooden table settings are beautiful in their simplicity, lending to the less is more approach. At the store, you’re able to sample different green tea varieties from all across the country, with blends available from Kanagawa to Kagoshima and everywhere in between.

One of the options on their menu - and the most popular among their customer base - is the comparison between two tea varieties, priced at 1300 yen. The teas on offer are categorized by their levels of sweet, bitter, and umami (savory) flavors, so you can choose your brews according to your taste preferences. Alternatively, you could choose by the region of Japan that the teas hail from, or ask for a recommendation from the staff.

Once you’ve chosen the two tea varieties you’d like to compare, they’re brewed in several different ways. First, they’re prepared with water at 70 degrees Celsius. This is said to highlight the sweetness and umami flavors of the teas. Next, your tea choices are brewed at 80 degrees Celsius which brings out the bitterness. After you’ve tried both of your chosen tea varieties at both 70 and 80 degrees Celsius respectively, you’re asked to choose which one you liked best - and that’s then prepared for you genmaicha style, where roasted rice grains are added to the brew.

With the tasting set, you’re also able to choose from four different types of refreshments to go alongside your tea. The options include traditional Japanese sweets like yokan, a thick, jelly type dessert, and ohagi which are rice balls served with sweet bean paste.

At Tokyo Saryo they also sell the teas that they brew on site, so if you find something that you particularly enjoy you can take it home with you.

Find out more about Sangenjaya. 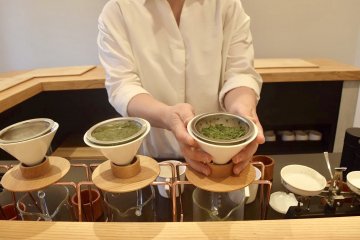 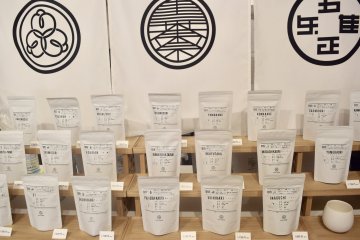 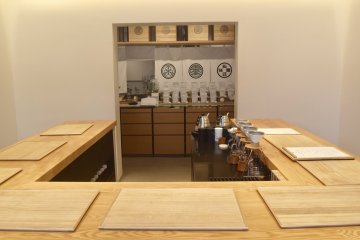 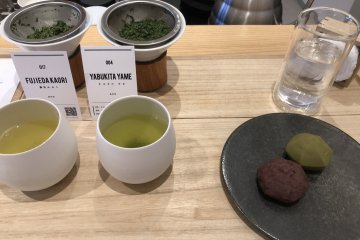 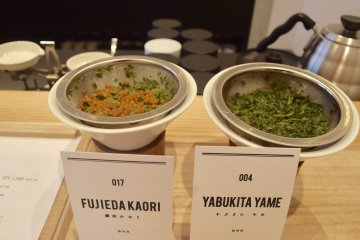