The Fuji Trail : The Back country

Into the Wilderness the Tokyo area in Kanto

This trail is definitely the path less traveled. If it is your aim is to get away from the crowds of Tokyo and take in some beautiful mountain surroundings with the minimum of any other human contact, then this trail is for you.

The Fuji path gets its name from the many scenic views of Mt. Fuji along the way. But it also has vast forests and views of the other mountain ranges as well. It is a little over nine miles long and is a bit rugged as it passes over three mountains and two mountain passes. The mountain towns book-ending the trail are definitely worth a see through as they give a glimpse of traditional back country Japanese culture and life plus traditional building styles using wood.

They are night and day different from anything that you will find in Tokyo and if the traveler has only been to the metropolises, they might be left wondering if they are still in Japan anymore. It is a tantalizing glimpse into traditional Satoyama culture that is getting more and more difficult to come across today and will probably disappear within a generation.

The Fuji path is part of a regional network of trails collectively known as the Kanto Fureai no Michi (pronounced like Kantoe foo-leh-ai no meechee), which covers the provinces of Tokyo metropolis, Saitama, Kanagawa, Chiba, etc. It is divided into about 144 sections that can be taken one or two a day. This trail goes from the southern part and nears the center of the mountainous area of western Tokyo.

The glorious lack in human contact comes from its difficulty in access. The two stations servicing the trail are Takao San and Musashi Itsukaichi. From both of these stations you will need a bus to get to the trail heads. This is being written from the perspective of starting in the south at Takao San station and going north, finally ending at Musashi Itsukaichi.

It is highly suggested that the traveler should get a map of the trail before attempting it. The best place for maps of all the Kanto Fureai no Michi trails is at the information center just outside of Mitake station. Unfortunately the visitor information center at Shinjuku in Tokyo doesn't have any maps of the Kanto Fureai no Michi trails as of the writing of this article.

I am fascinated by the Japanese ability to combine nature and culture and have travelled and hiked to as many of these such locations as possible over the last seven years. Of course, even now I have a lot to still see and learn. 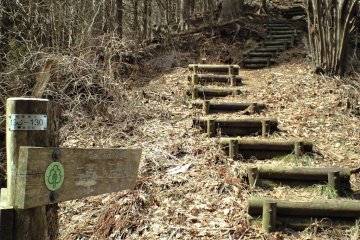 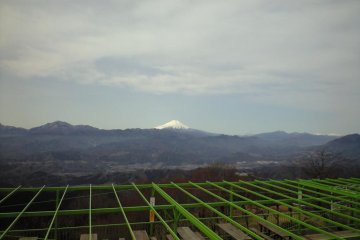 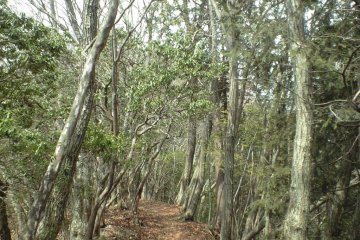 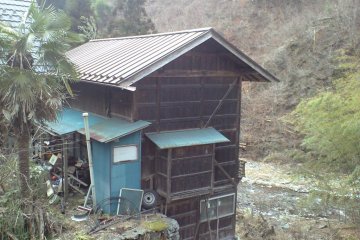 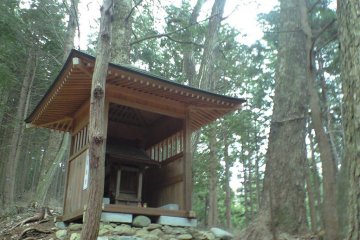