The United Kingdom of Odaiba

Through the summer months, those visiting Fuji TV in Odaiba, Tokyo, are in for a treat!

In 2013 the famous TV station celebrated the 50th anniversary of Lotte. Take a tour through their house of candy, up the chocolate escalator and win some snacks for the road. The United Kingdom of Odaiba also has many other venues to explore, such as the One Piece-themed restaurant, Hawaiian food booths and mini drama sets where you can take plenty of pictures. If you get lucky, you may even be able to see a live recording of a show. I was able to see a couple of comedians that I recognized while they were recording for a variety show on an outside stage. If you're dying from the melting heat, try the cold cup noodle soup. It was a strange thing to try but this summer’s theme was indeed "adventurous" and the ice-cold noodle soup was soothingly delicious.

Take the chocolate elevator to the 7th floor. There, you’ll find a huge selection of your favorite Fuji TV character goods, One Piece, Galaleo (Japanese Drama) and many other items associated with Fuji TV.

For just ¥200 you can try the tiny chicken ramen themed planetarium, which includes a small cup of chicken noodle ramen. Most of the booths on the 7th floor have games with prizes you could win and this portion of the fun is all free.

If you would like to explore Odaiba United Kingdom to the fullest, you can buy a day pass for ¥1,700. This gives you access to the upper floors of Fuji TV where you can see set replicas from movies, such as the upcoming film of the drama, "Solve the mystery after dinner" ("Nazotoki wa Dinner no Ato de"), costume displays, and stores with limited edition goods. It also serves as an entrance ticket to the Gasshū-koku Sun Sun Island where you can enjoy games from shows, themed restaurants and concerts. If you're in the mood for a drink, the entrance fee to the “Izakaya EXILE park” is also included in your day pass. The park serves dishes and snacks chosen by the famous singing group EXILE and is open until 10:00pm while the other parks close at 6:00pm. There is much to explore so start your trip early and enjoy what the United Kingdom of Odaiba has to offer. 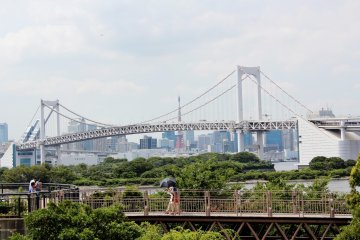 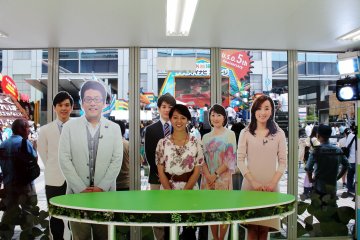 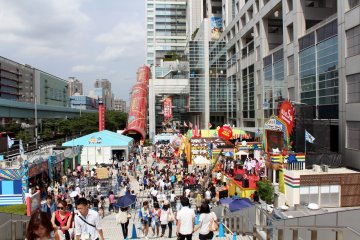 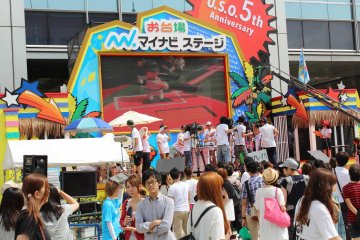 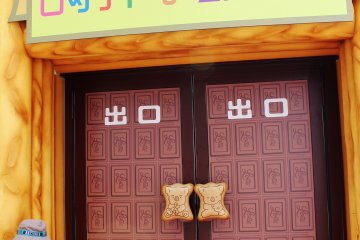 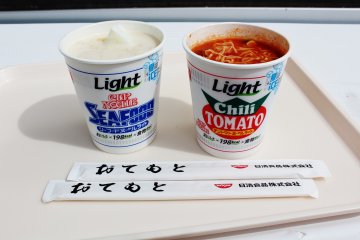 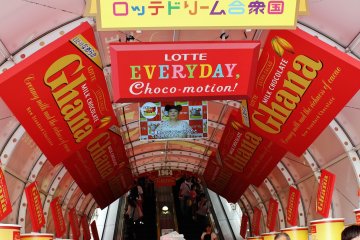 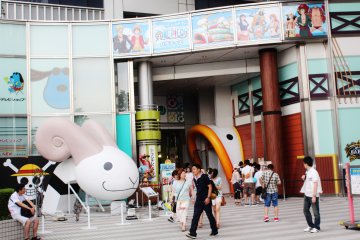 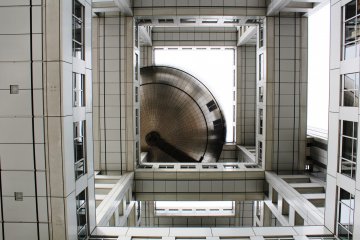 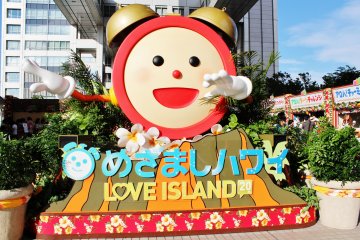 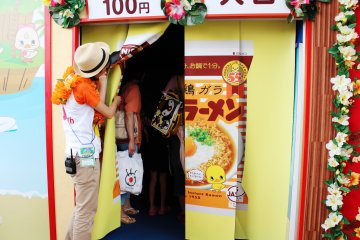