Fireflies light up the Sumida River

Tokyo Hotaru is a new annual festival in Japan, the first one having taken place during Golden Week in 2012. The word hotaru in Japanese refers to fireflies. The hotaru in this case are LED lights inside of floating balls that are sent down the Sumida River in Asakusa. As you can imagine it is a beautiful sight to see tens of thousands of blue LED lit balls gently floating down the river. The event takes place between the Sakura-bashi and Azuma-bashi bridges which is about a five minute walk from Asakusa Station. It has proven to be very popular; the official number of people in attendance according to the Tokyu Hotaru Festival website was 279,140 this year. It goes without saying that the festival was very busy. I would recommend buying a ticket as the bridges get extremely crowded and it is difficult to view the event.

To make the most of this festival you can buy an inori-boshi, or prayer star, the official name for the LED balls. You can then release it into the river yourself from inside the event area. Purchasing a prayer star contributes towards the improvement of Tokyo’s riverbanks as well the next Tokyo Hotaru Festival as the prayer stars cannot be taken home. The opening ceremony was hosted by Kaori Mochida, lead singer of Japanese pop group Every Little Thing. The guests included Ai Shibata (Japanese swimmer and 2004 gold medallist in the Olympics), and Mami Sato (Paralympian long jumper). The Tokyo Hotaru Festival was officially started when the opening ceremony guests flung the first LED balls into the Sumida River. After that was an exceptional two hour show of a seemingly unending stream of inori-boshi making their way down the river.

The Tokyo Hotaru Festival was held also to celebrate the first anniversary of the opening of the Tokyo Sky Tree, it served as an impressive backdrop for the illuminated river. The main point of reference for this festival is the Edo period (1603-1868) when real fireflies used to inhabit the area surrounding the river. Historically the Sumida River was used largely for transport which shifted during the modernisation of Japan, being replaced by means of land transportation. The festival was beautifully executed and something I would definitely recommend seeing. It undoubtedly contributed to a new-found appreciation of the Sumida River. 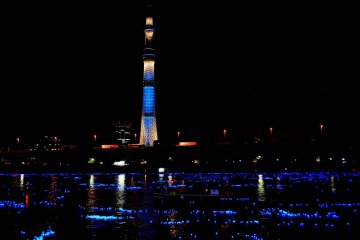 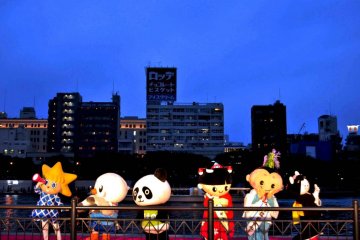 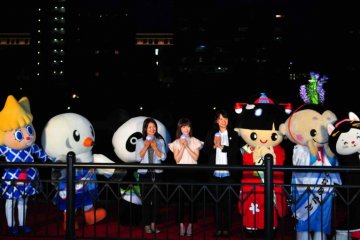 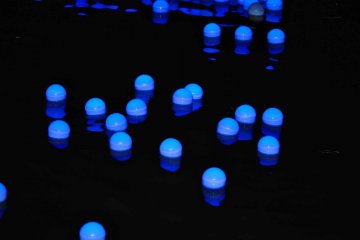 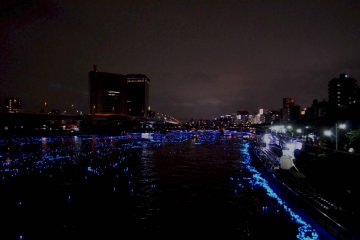