Take yourself around Tokyo and solve puzzles along the way

An exhilarating, open-air adventure around Tokyo offers a new, unique way to explore the city – Tokyo Metro: The Underground Mysteries is a puzzle game taking you around the streets of Tokyo while uncovering mysteries along the way. If you've ever played a version of the Escape Room game series, where you solve puzzles to escape a locked room, The Underground Mysteries is rather similar – except that you'll be playing outdoors, solving clues on a journey that will take you around Tokyo itself.

The game starts at the Tokyo Metro office at Ueno station, where ¥2,160 will get you two things – a game kit, and a Tokyo Metro subway ticket allowing unlimited rides on any Tokyo Metro subway within 24 hours. What's needed from you as a player is enthusiasm, and a whole lot of determination when the puzzle-solving gets tough!

The average game time takes about 6 hours, while faster teams have finished it within a 4 hour time frame. We might say that while some puzzles might seem like a walk in the park, others can be quite the head-scratcher at times. All in all, you're guaranteed to have a ball of a time, and be left feeling satisfied when you unravel the final answer to the series.

In its third-year running, Tokyo Metro: The Underground Mysteries saw more than 60,000 participants taking up the challenge in its first two years, with English support added in 2015. For this year’s version, it involved English-speaking foreigners right from the game-creation stage, resulting in a coherent, well-rounded experience meant to be just as enjoyable for Tokyo’s foreign residents.

Tokyo Metro: The Underground Mysteries was created by Kyoto-based publishing company SCRAP Corporation, which created the Real Escape Game – the world’s first live-action escape game, that saw it begin with players trapped in a room and solving puzzles to escape from it, then having the concept evolved into stadiums, and then open-field concepts (i.e. The Underground Mysteries). 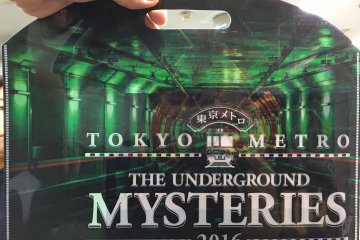 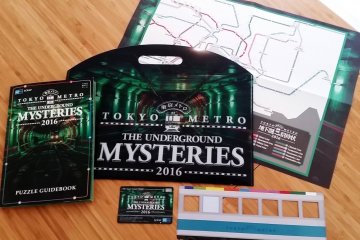 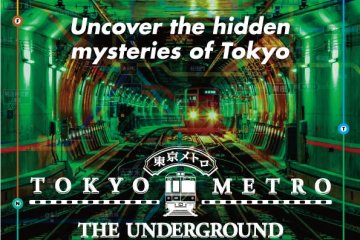 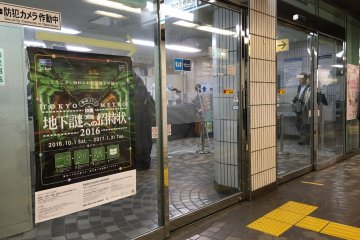 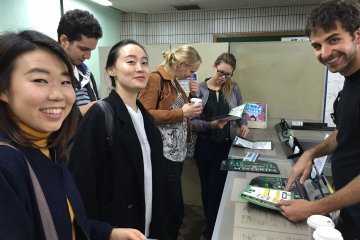 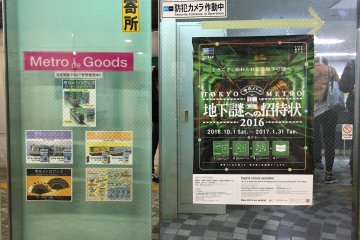