About three weeks ago, an offer piqued my curiosity: “Take part in a taxi tour as part of the Tokyo government’s tourism promotion.” I decided to give it a whirl.

The original plan, I was told, was to take me around Tokyo in a cab, but at the last minute the plan was changed. We were to visit two different breweries and have lunch in between. I do like alcohol once in awhile, so the prospect of drinking–for work–suddenly made the trip sound even more intriguing.

My driver was waiting patiently for me when I arrived for the tour, despite the fact that I was, in fact, a bit late, and he immediately took care of all of my needs. As we left Tokyo Station in his minivan, I was surprised at how, despite it being a modest vehicle, it felt luxurious. This had much to do with the fact that Mr. Katayama did his job as if he were a chauffeur with geisha training. Rarely in all my travels have I ever met such an accomplished conversationalist.

I felt like I had employed my own personal “Alfred” from the Batman franchise. It took about an hour to get to our first destination in far-western Tokyo, but I hardly even noticed, alternating between conversing with Mr. Katayama and taking in the breathtaking spring scenery zipping by the shuttle’s windows.

When we arrived at Ishikawa Brewery, the first stop on our trip, I was completely astounded. Here, in the middle of the countryside, stood a gaggle of heritage buildings plucked straight out of a historical novel. Founded over 150 years ago, this brewery had many of its buildings recognized as Tangible National Cultural Properties. Framed by three of them, showcased inside a gazebo-like structure, a jacuzzi-sized cauldron stood as a historical artifact of their beer production which had seen its genesis almost 200 years ago. After the tour, we were treated to a sampling of various kinds of sake from tiny cups in the brewery’s courtyard and were given time to shop in the brewery’s gift shop before being whisked away to the site of the next brewery.

Upon arrival, I realized that I had been there before, but I only knew this brewery by its product name, “Sawanoi.” I was still delighted to see it because, as their pamphlets boast, it may very well be “one of the best day trips you can take in (greater) Tokyo.”

The grounds hug the Tama River with a gorgeous terrace and garden which are quite pleasant places to relax in spring, summer, and autumn. We were informed that we had an hour’s break for lunch, and so I set about it. Also known as Ozawa Brewery, the site is home to excellent food and beverage, from the simplest of food kiosks to fine dining of the shojin ryori variety: monks’ food composed of highly refined vegetarian fare which is often vegan. I quickly snuck into an eatery named “Mame Raku” which offers vegetarian fare for moderate prices, savoring every morsel as I gazed upon early spring unfolding beyond their expansive windows.

Having ended our lunch, the official tour of Ozawa Brewery began. A kindly man in his 50s asked the group if everyone was okay with Japanese and, although I am not fluent, I decided that I would prefer an experience steeped in the mother tongue of the premises, so I raised my hand in acceptance. Our guide took us around different stations inside the brewery, using various props to explain the process of brewing sake, and his brewery’s techniques in particular. Somehow, despite it all being in Japanese (as opposed to the first brewery’s tour which was in English) Ozawa Brewery’s tour felt more comprehensible, and I felt like I walked away with a stronger sense of how sake is made. At the end of the tour, when we reconvened in the mostly wooden room with high ceilings and picnic tables, I was slightly disappointed that we were only offered one of this brewery’s sake to sample. However, upon tasting it, I realized how vastly superior it was to that of Ishikawa Brewery, and I assumed that they wouldn’t want to be handing out unlimited quantities of it every day.

As we boarded the shuttle back to Tokyo, I reckoned that I would pay good money to have this type of adventure again. I truly believe that it’s the experiences that we don’t have that we regret the most. So, no matter what the price is, I would definitely like to indulge in this type of tour again in the future, especially with friends or relatives; precisely because this type of experience is priceless.

Should you want to book a Tokyo taxi tour of your own, or are just curious as to what’s possible, you can find more information on the subject by following this link: www.taxi-tokyo.or.jp/english/kanko_taxi/index.html.

Tiernan is a Canadian musician and media figure living in Tokyo. 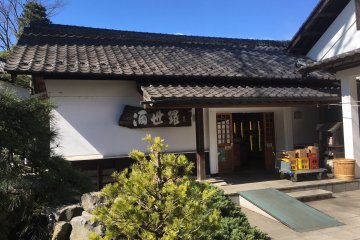 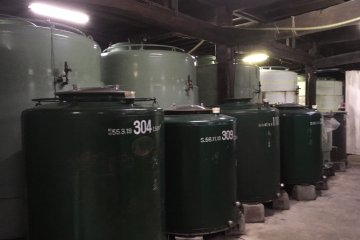 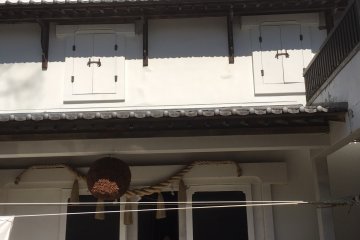 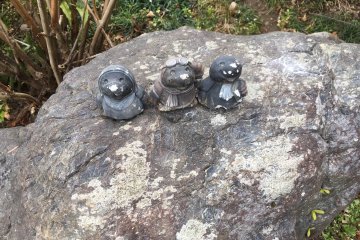 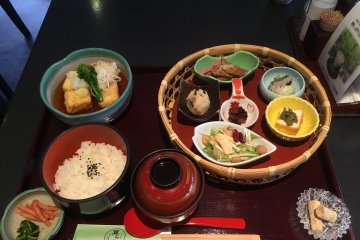 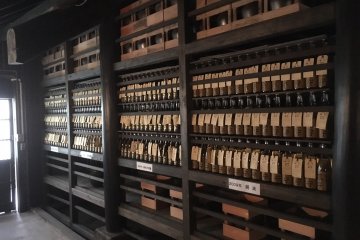 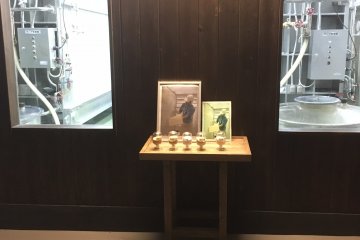