Going to a baseball game at Meiji Jingu Stadium is a lot of fun. The Central League's Tokyo Yakult Swallows put on a show for their fans all throughout the good-weather season. When you go to catch a game, though, you don't want to be stuck on the home side wearing the wrong colors. For all your Swallows gear, head to the Official Goods store of the team.

Unlike most other stadiums, Jingu Stadium doesn't have its official merchandise shop connected to the same building. For years, goods could be bought at small tents outside the stadium (and they still can), but in 2014 the organization built the Tokyo Swallows Official Goods shop for a more extensive collection of Swallows gear that is open year-round. Located about 2 minutes down the road from the stadium, the Official Store has a vast collection of everything you've always wanted (and a half dozen things you'd never want) emblazoned with the team's name, logo and mascot.

Of course this is the place to go if you're looking for the usual team equipment, from jerseys to caps to T-shirts. There's a nice collection of apparel options, from expensive authentic jerseys to more reasonable replicas. They have T-shirts with the name and number of every player on the team, and a collection of caps you can't find anywhere else, including not only the official, traditional style but also a wealth of alternate colors and designs, such as caps geared towards children or women.

For fans headed to the stadium, you can also buy the must-have gear at this store. The Swallows have perhaps the most famous celebration of any baseball team in Japan, when all the fans take out mini umbrellas after scoring a run and wave them around while singing. Where can you find one of those nifty umbrellas in the team's colors? You guessed it. There are also a variety of towels, handkerchiefs, blankets, and bags to carry them all in, which all seem well suited for spending gameday in Jingu.

While there are the expected trinkets (bobblehead dolls, keychains, baseballs), there are also tons of random gifts, such as smart phone cases, clocks, calendars, and coffee mugs. Of course, this being Japan, there is also a big marketing push on merchandise featuring the image of Tsubakuro, the team's cute mascot. Tsubakuro has his own line of merchandise, from stuffed toys to jerseys with his name on them.

The Swallows Official Goods shop is a 3-minute walk from Gaienmae Station (Tokyo Metro Ginza Line) and is located between the station and the stadium. Its usual hours are 10:30a.m. - 5:30p.m., but on game days it remains open for an hour and a half from the end of the game. 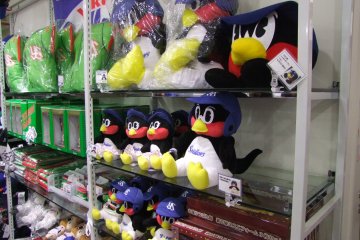 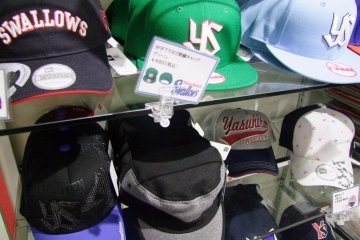 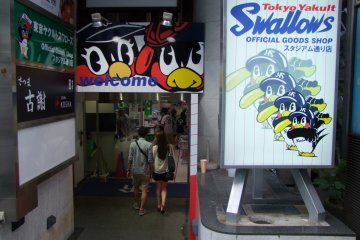 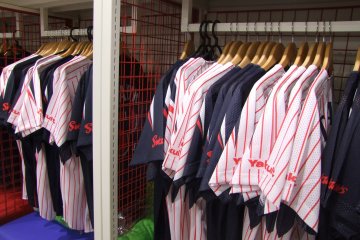 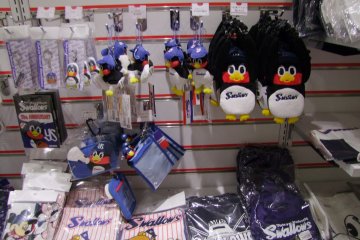 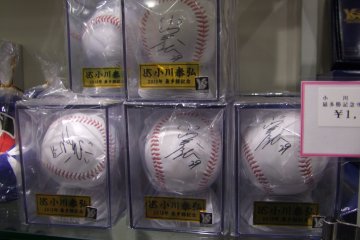 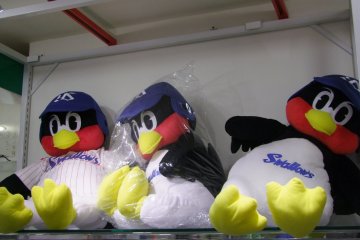 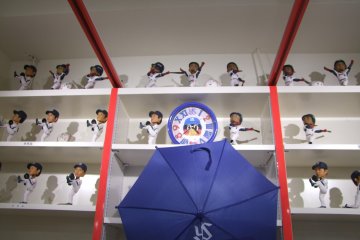 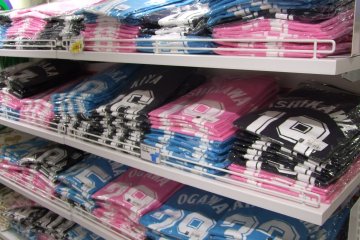 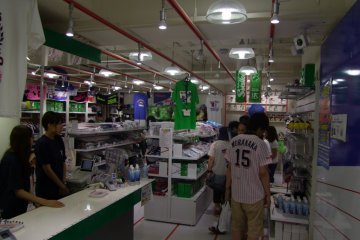