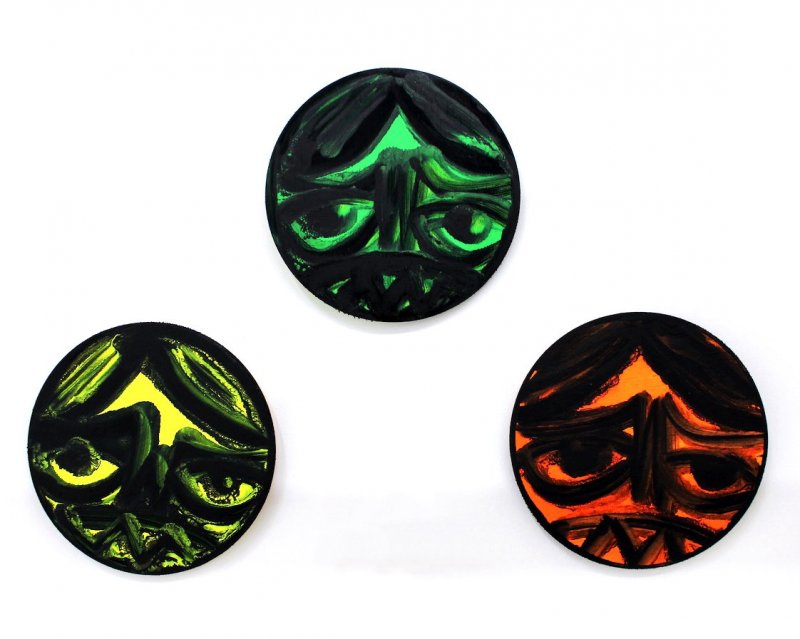 Tokyo is never short on quality independent art and throughout April and May, a smattering of some of its extraordinary character can be found at the WISH LESS gallery space in Tokyo's northern arts suburb, Tabata.

A small independent art space and store, WISH LESS began in 2012 and is the brainchild of British expat illustrator Rob Kidney and graphic designer Nagai Yoko. Both artists work to encourage and support independent domestic and international artists and the gallery's rich exhibition history - including the likes of Lee Kan Kyo, Kei Nojima and Vinnie Nylon - is a testament to that effort.

Their current exhibition 'DISHCHARGE' explores the ideas of "liberation, release and divergence" and features the unconstrained works of Japanese artist Wataru Komachi and the colours and bold lines of Rob Kidney's own illustrative powers. The exhibition aims to explore the creativity possible with the limited items of marker pens and ink with both artists having created their works on the cuff, as "an attempt to enjoy the act of creation in its purest form."

A self-taught artist, Tokyo-born Komachi's commercial clients have included Lacoste, Uniqlo, and, Matsuya Ginza with his art featuring as part of the private collection of famed US actor and director, the late Dennis Hopper. British-born Rob Kidney's long career began at Brighton University in England before eventually setting up shop in Tokyo. His uniquely colourful and personality-laden designs have been used in collaboration with Universal Music, BMG Japan amongst a score of others.

Fully titled, Wataru Komachi + Rob Kidney exhibition ‘DISCHARGE’, the exhibition runs between 23rd April until 7th May, 2022 with the gallery opening from 12-6pm, Thursday-Sunday. Further details can be found at the gallery's website.