People who listen to it know that there's playing jazz music, and then there's playing jazz. The former is notes and rests on a page. The latter is a feeling, an attitude, an understanding. Was I skeptical when I first arrived to the Yoyogi Jazz Festival and saw that most of the performing bands were school groups? Yes. But after spending an afternoon listening, I can only say, "Encore!"

This is an annual festival that is held on the national holiday falling on the spring equinox. Groups from all around come to show off their best, and I'll be the first to admit that I drastically underestimated the quality I'd get. Jazz, particularly requires a level of musical maturity that is beyond many of the student groups I had ever heard attempting it before. But not here. Some of the best performances came from high schools, non-music universities, and groups of friends who must fit practice in between studying for their mid-term exams. A high school group performed in in their school uniforms. In another group, the performers barely looked bigger than the instruments they were playing. The musicians are young, but don't let that deceive you: this is good stuff. Very good stuff.

The festival is held in a corner of Tokyo's Yoyogi Park, and takes up the permanent main stage there, as well as a handful of other smaller, make-shift stage areas. There were frequently three groups performing at a time, with the crowd free to pick their favorite. The festival is free, and falls on the first day of spring. This year, that happened to match up with the first blooming of the cherry blossoms, which created a beautiful backdrop for the beautiful music.

Bands were scheduled at the main stage from 10 a.m. to 5 p.m. There were also many food vendors set up in the area, as well as some tents selling clothing, accessories, and crafts. So bring a chair or picnic blanket, and come enjoy the beautiful day for free. It doesn't get much better than this.

The Yoyogi Jazz Festival is held in Yoyogi Park, in and around the permanent main stage set up near the NHK building. It is about a 5 minute walk from Harajuku Station (JR Yamanote Line). 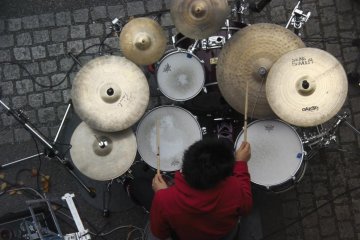 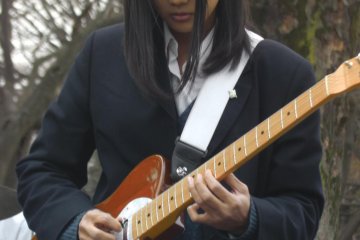 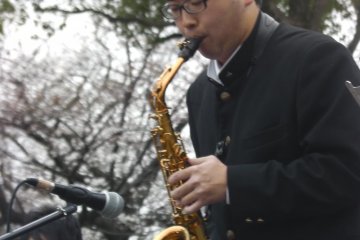 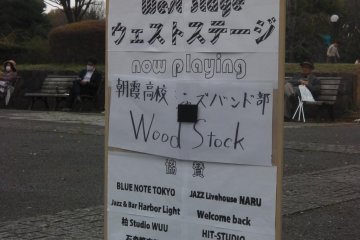 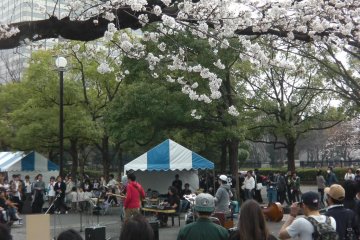 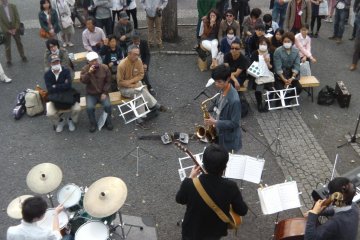 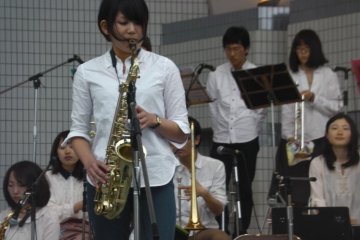 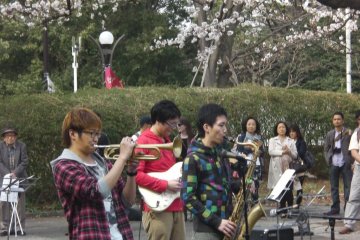 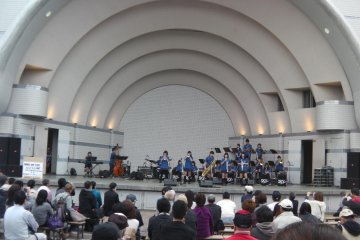 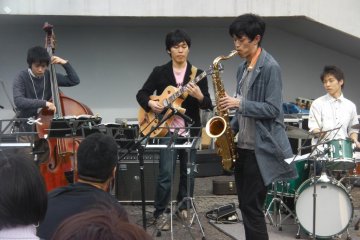