Where the journey IS the destination

There is an old saying that life is not about the destination, but the journey. When it comes to a transportation system as unique and scenic as the Yurikamome, that saying has never been truer.

The New Transit Yurikamome is a train line that runs from Shimbashi to Toyosu Stations, crosses the famous Rainbow Bridge, and covers the majority of the man-made island of Odaiba. It is an AGT (Automated Guideway Transit) system that operates purely by computer, with no staff on the trains or in the stations.

The Yurikamome, whose name is taken from the Japanese word for the black-headed seagulls which are commonly seen around Tokyo Bay, is the easiest way of traveling to and throughout Odaiba and its many attractions. Aside from its beautiful seaside, Odaiba is an entertainment-rich district filled with places to shop, eat and explore, which makes it a popular date spot for locals. Visit the futuristic Fuji TV building, stuff yourself full at the Takoyaki Museum in the Decks Tokyo Beach mall, or play at the Legoland Discovery Center. The Yurikamome provides direct access to them all.

However, the route of the Yurikamome is one of the most scenic of any transit lines in Japan, and is well worth using the line on its own merits. The ocean views are absolutely stunning and passengers will get to see both luxury boats and enormous cargo ships docked at industrial ports. The city's architecture is sleek, modern, and filled with glass. The skyline is dotted with unique features, including a Ferris wheel and the futuristic Fuji TV building.

The highlight of the ride is crossing over the Rainbow Bridge between Shibauro-Futo Station and Odaiba-Kaihinkoen Station. The train travels in a 270-degree loop to raise itself high enough, and crosses the bridge providing spectacular views on all sides.

Perhaps the best feature of the Yurikamome is its front seat. Because the system is completely computerized, there is no "engine" to obscure the view of passengers riding in the first car. Rather, there is a special seat for the people lucky enough to get it that provides the most spectacular panoramic view through the windshield. Imagine riding in the front car of a roller coaster without any of the scary parts. The view is a large part of the Yurikamome experience, and is at its best from the front seat. You may have to fight for it, though: there is even a sign posted asking passengers to give the front seat up to other passengers after one ride across the train's course.

Like other transportation systems in the Tokyo area, individual tickets can be purchased at the train stations. Pasmo and Suica cards are also accepted. 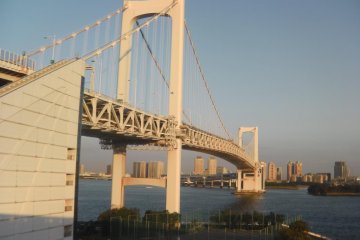 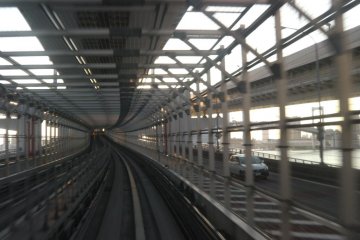 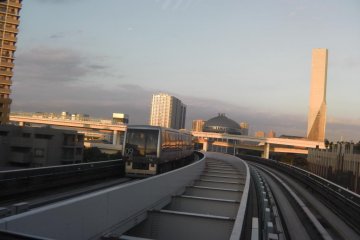 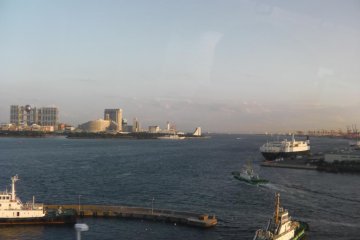 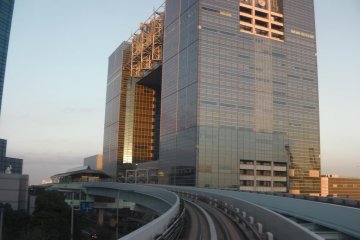 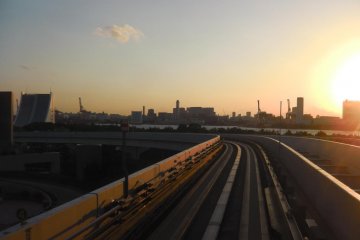 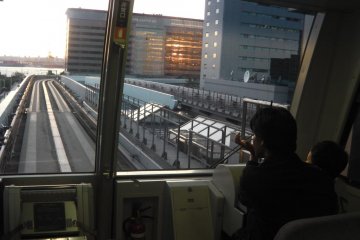 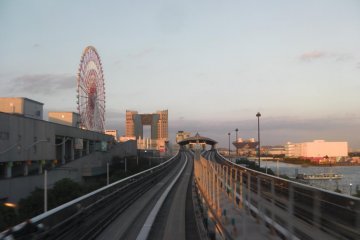 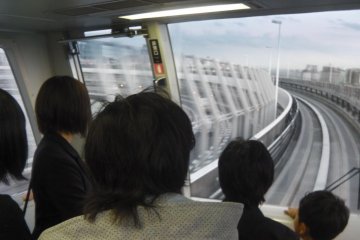 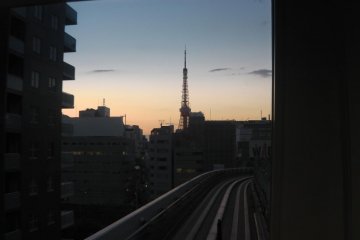 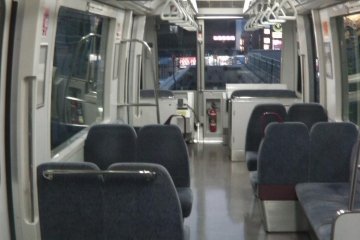 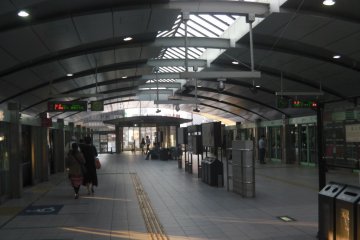