A side trip to the back of an elephant

Have you ever heard of the Kumano Kodo? If not, you should definitely check it out. The Kumano Kodo consists of several ancient pilgrimage trails on the largest peninsula of Japan and is registered as a UNESCO World Heritage site. These trails have been walked over for more than a 1000 years. One of the popular route is the Ise-Ji route and on this route you will walk over the Magose-Toge Pass.

The Magose-Toge Pass is known for its beautiful stone path which has been maintained for multiple centuries. On days with heavy rainfall this place can turn into a waterfall, but small rain should not matter. The path is surrounded by plenty of nature and you can feel the history flowing through your veins with each step you take on these moss covered stones.

On the way up you will pass a small stone statue named Yonaki-Jizou. The statue represents a guardian of children and travellers. Local people come up to this statue to pray for their children to stop crying at night. You might notice a red cap on top of the statue, red represents the color of life and stands for the protection of children. The item is meant for a lost child, either unborn or passed away at a young age. The deity of this statue is supposed to take care of the lost souls in the afterlife.

After about 1 hour, you will reach the top of the pass at the height of 325m (1067ft). At the top of the pass there’s a small resting place with a few benches and a small shed to hide in. About a 100 years ago there used to be a teahouse together with a buddhist house, but nothing of those remain. From hereon you can continue onto a side path that will lead to the top of Mt. Binshi. Note that this will be a bit of a tougher hike, but it’s still doable for beginners.

The way to Mt. Binshi has some steep ups and downs and it’ll take about 2 hours to get to the top at the height of 599m (1965ft). It is recommended to bring some lunch and plenty of water with you as there’s nothing available on the mountain itself.

Once at top of the mountain you will notice that it is still covered in trees and the feeling that you’ve reached the top of a mountain isn’t really there. This changes once you walk a bit further to the giant rock named “Zou no Se”, meaning the back of an elephant. Pictures cannot justify the astonishing sight nor the feeling of standing on the rock itself. On top of the rock you will have a splendid view of the city Owase, the sea and surrounding nature. Standing on top of the rock definitely makes one feel alive as you’re literally living on the edge, but be careful as there’s no safety net.

Check out this website for a full report on the Kumano Kodo Iseji: https://www.kodo.pref.mie.lg.jp/blog/en/

You can also take bus 51 from Owase Station to Washige, walk 10 minutes to "Michi no Eki Miyama." 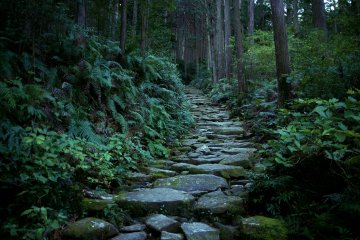 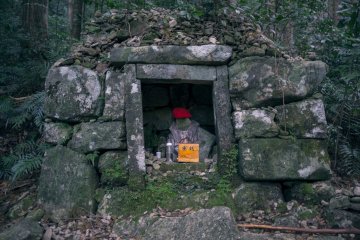 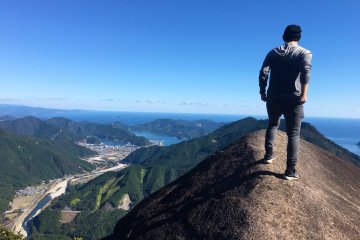 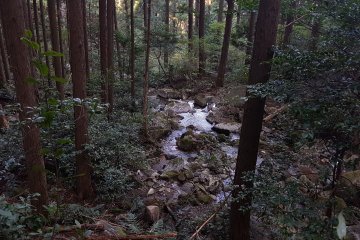 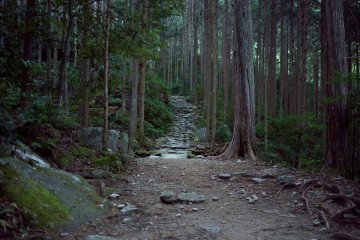 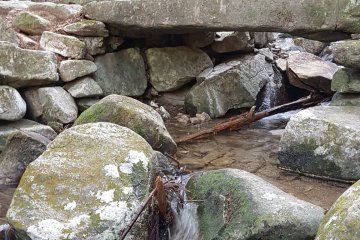 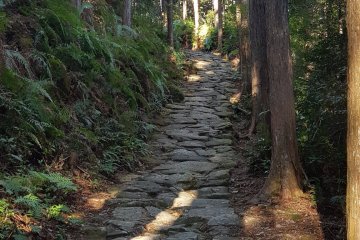 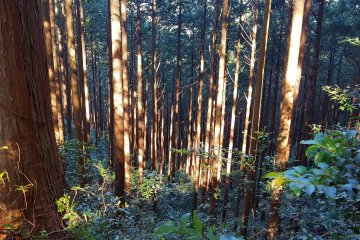 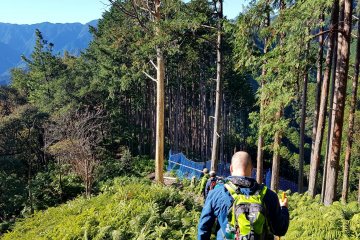 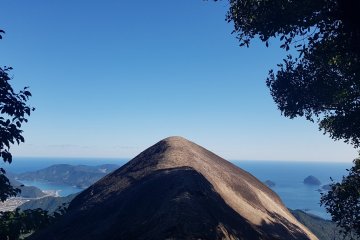 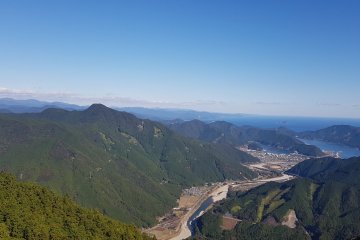 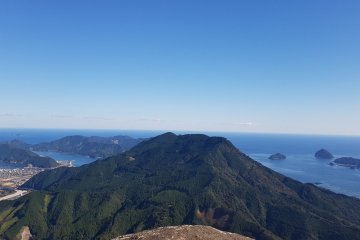 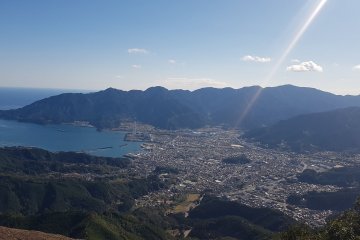 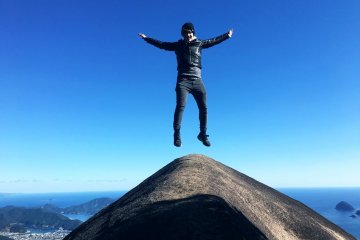