Along the path in the graveyard (Photo: Amanda Ho)

Mount Koya and Okunoin in Winter

Located in northeastern Wakayama in the Koya Ryujin Quasi National Park, Mount Koya, (or Koyasan as it is more commonly known as) is a popular day trip from Osaka. If coming from Osaka, it is most easily accessible by taking Nankai Railways from Osaka’s Namba Station or Shin-Imamiya Station to the Gokurakubashi terminal station. At Gokurakubashi, take the cablecar up the mountain to Koyasan station. The route up is steep, and goes through thick forests. I went towards the end of December, and halfway up the mountain, it started snowing! There wasn’t any sight of snow at the bottom, and it was a nice surprise to see the top of the mountain covered in pretty white falling snow. Upon reaching the top at Koyasan cablecar station, take a ten minute bus ride to the town center (walking is not permitted).

Mount Koya is the centre of Shingon Buddhism, an important Buddhist sect in Japan. It is also one of the best places to have an overnight stay at a temple where you can experience a monk's lifestyle, such as having a monk's vegetarian meals and getting up very early in the morning to attend morning prayers together with the monks and nuns living in the temple. In the temple I stayed, there was a German monk who spoke good English, and he explained some of the traditions behind Shingon Buddhism while snacking on some chocolates and hot tea. In winter, the gardens in the temples are covered with white fresh snow all around, which makes for a peaceful sight in the temple grounds.

A popular attraction on Mount Koya is Okunoin Cemetery, the site of the mausoleum of Kobo Daishi, the founder of Shingon Buddhism and one of the most revered persons in Japan’s religious history. The Ichinohashi Bridge marks the traditional entrance to Okunoin, and it is suggested that visitors bow to pay respects before crossing it. Across the bridge is Okunoin's cemetery, the largest in Japan, with over 200,000 tombstones lining the almost two kilometer path to Kobo Daishi's mausoleum. In winter, snow accumulates on top of the graves, making it look like a winter wonderland.

Okunoin at night is vastly different from visiting in the day. At night, there are not many street lamps and some parts of the path are poorly lit. After crossing Ichinohashi Bridge, there are totally no lights at all. It was eerily quiet, and only my footsteps (and my friend’s) could be heard. Once we stopped talking/walking, it was dead silent. Not even the rustle of leaves, nor the ripple of water could be heard. Indeed, Mount Koya is a recommended place to escape the hustle and bustle of the city, and a very relaxing place to enjoy. 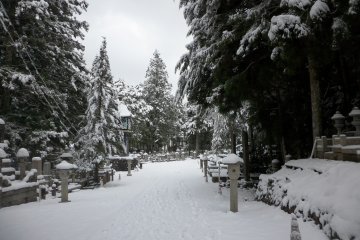 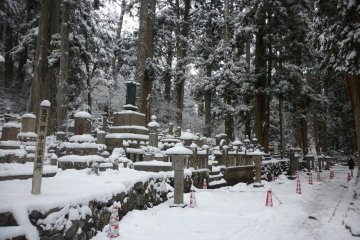 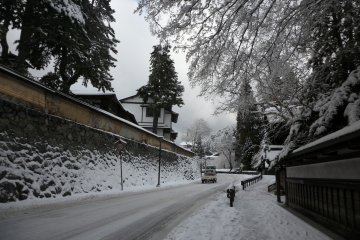 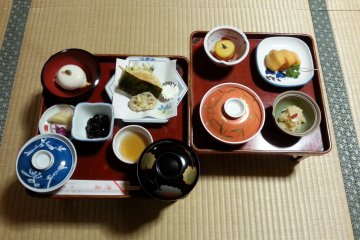 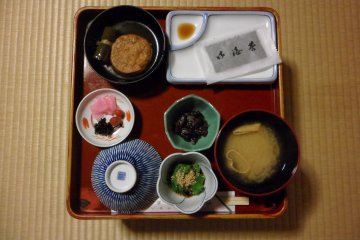 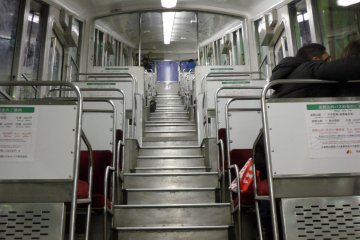