In search of Japanese spirituality

There are mountains and there are sacred mountains. What looks like rocks and trees to some, are deities to others. Mountain peaks can be beautiful scenery or holy ground depending on what you seek. Mountain worship has a long tradition in Japan, a country that is to 70 percent covered by mountains and forests. One of the centers of mountain worship is Dewa Sanzan in Yamagata Prefecture.

Traditionally, the Japanese believe that mountains are the seats of the gods, the resting place of ancestors’ souls and the roaming ground of all sorts of demons in the otherworld which humans did not dare to venture into. Some monks in search of spiritual powers, however, tried to connect to these mountain deities and spirits. They pursued their spiritual training through an ascetic lifestyle as hermits. Some of them set up temples, and over the centuries, these grew into centers of mountain worship.

On such religious center with a 1,400 year history is Dewa Sanzan, literally the “Three Mountains of Dewa”. The rich cultural heritage and the stunning scenery in this area attract many sightseers and hikers while the long tradition of mountain worship still calls pilgrims to this day.

Dewa Sanzan’s history as a spiritual center reaches back into the mists of legend. Prince Hachiko, a son of legendary Emperor Sushun (587-592), renounced his title and became a wandering monk. It's been said that a mystical three-legged crow showed him the way to the Dewa Sanzan peaks where he settled as a mountain hermit. After some rigorous ascetic training he saw an incarnation of Buddha in form of some Shinto deities. The prince, later called Nojo Taishi, founded the first temple on Mt. Haguro to venerate the deities he had seen in his vision.

This was the beginning of Dewa Sanzan becoming a center of Shugendo (literally the “way of testing and training”), a “mountain religion unique to Japan”. Then and now practitioners go on mountain treks during which certain rituals are performed. They undertake ceremonial purifications by water and fire, meditate, chant sutras and deprive themselves of sleep and food. Each ritual act has some significance and it contributes to gaining some “spiritual credit”.

Due to their mountain dwelling and ascetic practices in remote mountain areas these people became known as “yamabushi” (“one who lies in the mountains”). Shugendo contains elements of shamanism, folk religion and teachings of Shinto and esoteric Buddhism. Its core, however, is mountain worship and the ultimate goal is to gain spiritual powers through ascetic practices undertaken in mountains.

The Meiji Government in their quest to modernize the country separated Buddhism and Shinto and they banned Shugendo which was considered backward. Dewa Sanzan’s temples came under the tutelage of an Imperial Shinto Shrine but the Haguro Shugendo tradition has secretly survived and it has recently seen a revival.

There is a shrine for each of the three mountains, Mt. Haguro (419 m), Mt. Gassan (1,980 m) and Mt. Yudono (1,504 m), and the associated deities are worshipped by followers of Shinto and Shugendo alike who come here on their annual pilgrimages. 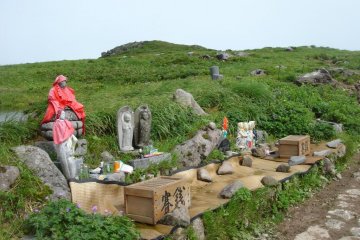 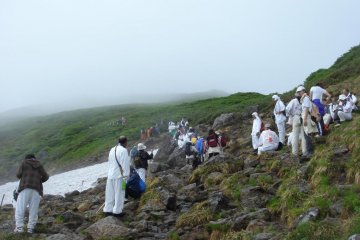 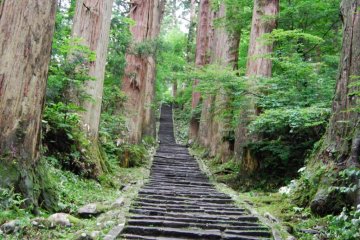 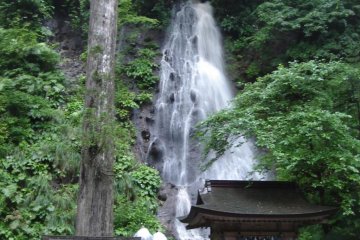 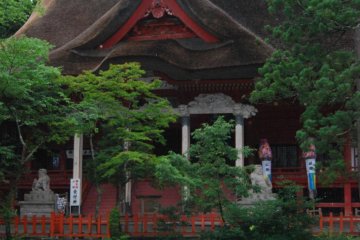