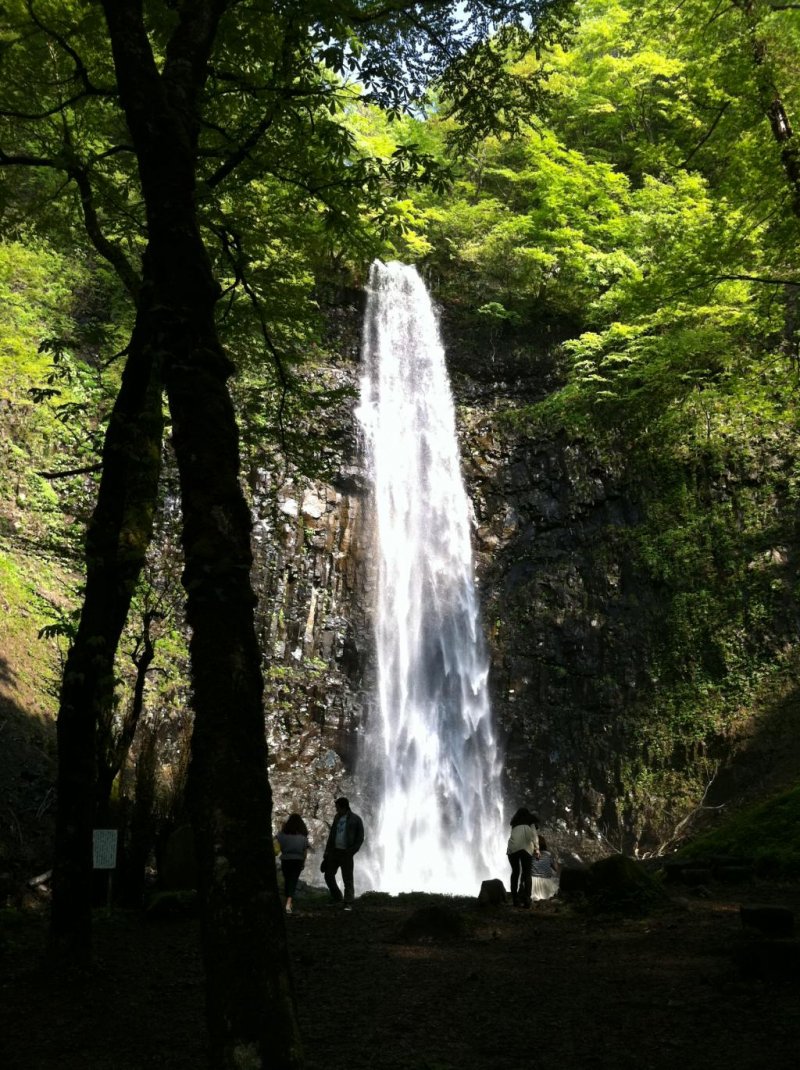 On the way to Yamagata's highest waterfall

This waterfall is huge and there are only few visitors there 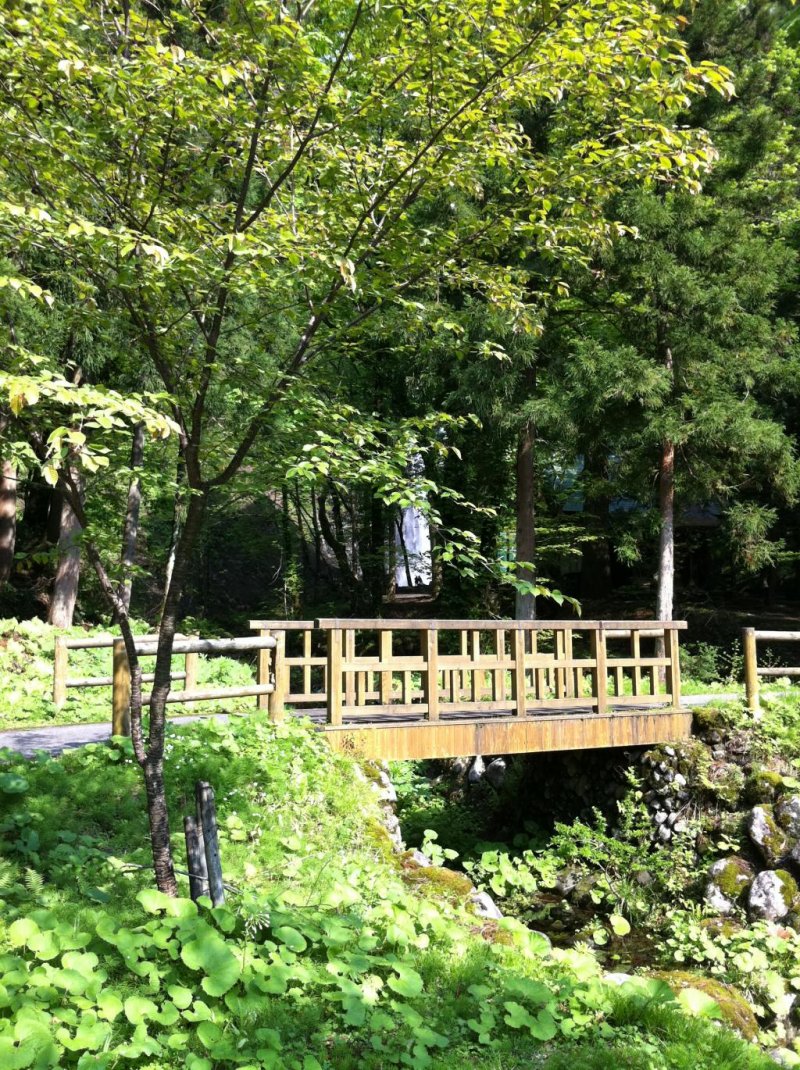 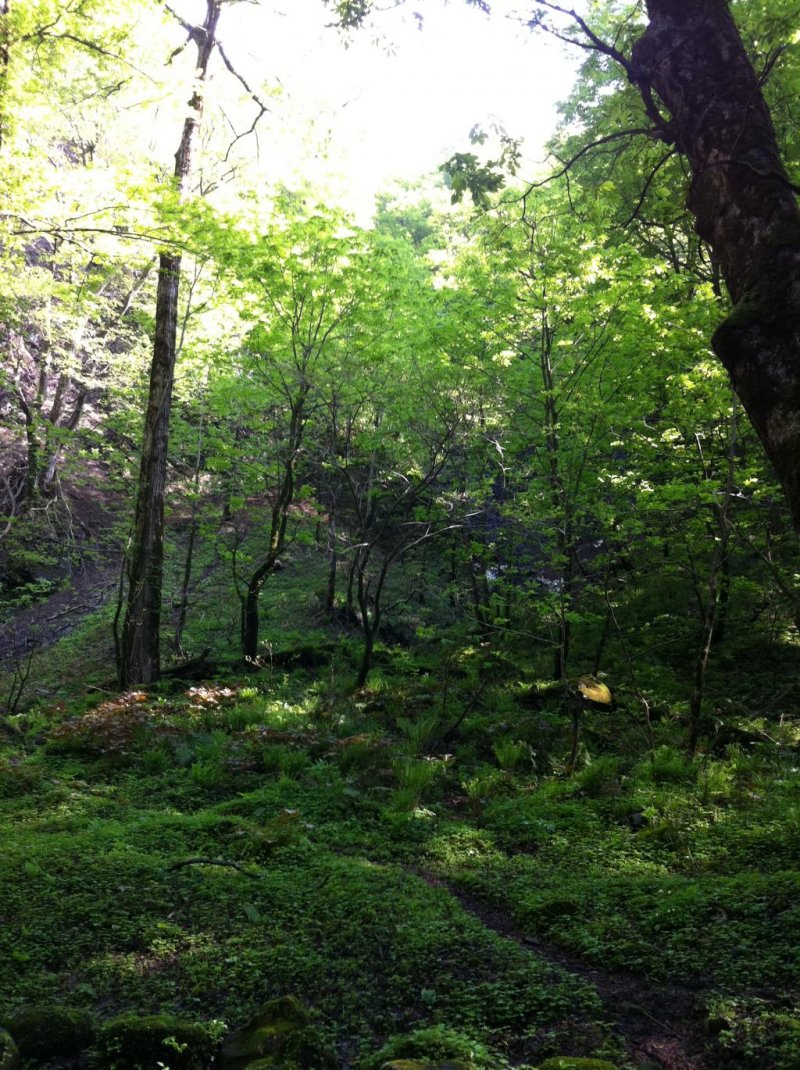 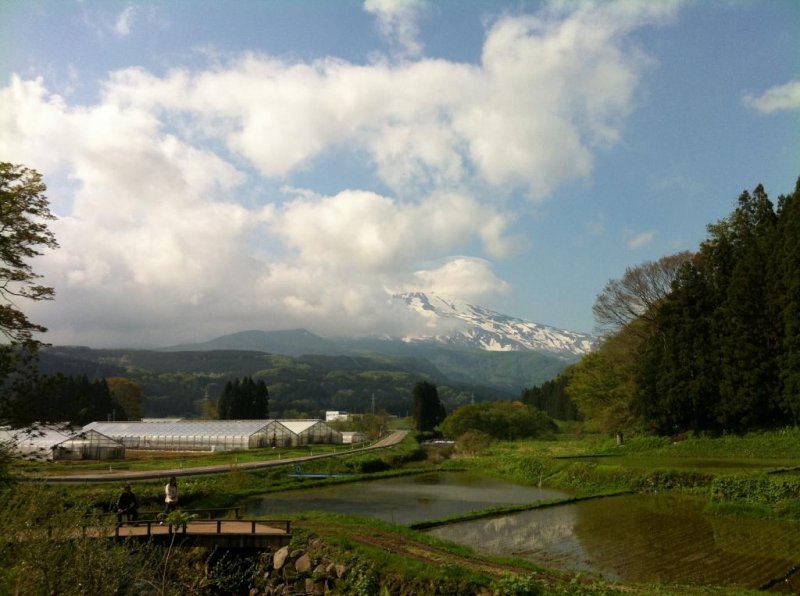 On my way back to the car park, I caught a glimpse of Mt.Chokai in the distance 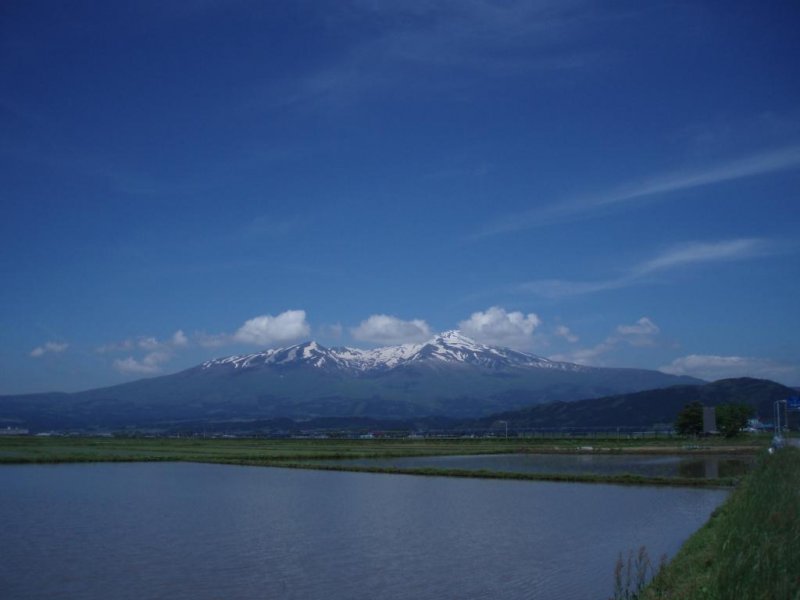 Mt.Chokai near Sakata City as seen from near the Tamasudare Fall. We can see two peaks when approaching the mountain from the west You can enjoy the view of some lower mountains when you climb Mt. Chokai half way up 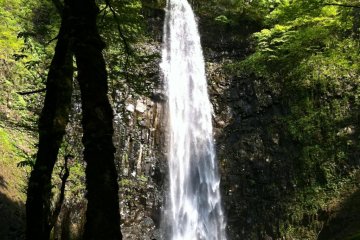 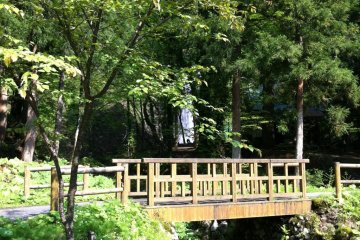 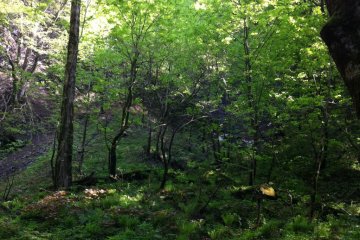 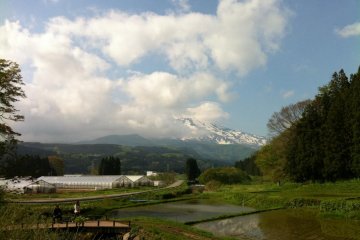 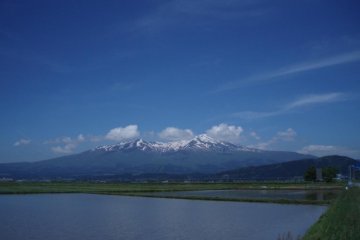 At 63 meters, Tamasudare Fall is the highest waterfall in Yamagata Prefecture. It is located near Sakata City and to the south of Mt. Chokai, the second tallest mountain in the Tohoku Region. About 1,200 years ago, the waterfall was named by Kobo Daishi who was a monk and the founder of Shingon, a branch of esoteric Buddhism in Japan. Tamasudare means "beaded hanging screen" and it is said that the fall hides a statue of Buddha behind its veil of water. The fall is also said to be a "power spot" because of the special atmosphere around it. During Golden Week in early May and during Obon season in mid August the fall is illuminated after dark (until 10pm).