Saito-san is a wara (rice straw) craftsman with heart and soul. His small studio right by his house is crammed full of wara items. He sits in the middle and produces more, one piece after another whenever he is not doing some agricultural work.

Japan is a rice culture and rice straw has been used in the past to produce a wide range of goods for daily life. For example, there have been rice straw sandals, rice straw boots and coats, rice straw cushions, not to mention the various decorative elements especially used at matsuri (festivals) and during the Japanese New Year.

Craftsmen who know how to produce these goods from wara are becoming less and less in Japan and they very much want to pass on their craft to future generations. However, there is not much interest on part of the young generation to take up this craft and hence Saito-san has currently no apprentice.

Saito-san is almost 80 years old now and he is not sure how long he will be able to make wara items.

Naruse-san from the Haguro Tourism Office, who is also a Dewa Sanzan yamabushi, met Saito-san in autumn 2011. Naruse-san had just gone through the grueling annual yamabushi training, called Akinomine. They became friends and Naruse-san has been going to Saito-san's studio ever since and has tried his hands at making some wara items.

When I visited, Saito-san explained that in the old days, when he was a child, there was no bus to take children to school but they needed to walk every day but they did not have comfortable shoes like children wear today. Hence, they learned how to make sandals and boots for themselves from wara.

The raw materials are sourced locally. When rice is harvested after the Obon holiday, Saito-san gets wara, the rice straw. It takes two days in the sunshine to dry the straw, then it is usable for making wara sandals and boots.

Actually, the outside stalk of the rice straw is taken off and only the inner stalk is used, as it is clean and nice-looking.

Wara sandals are not slippery and hence they are still worn today at certain festivals where people need a strong grip as well as by yamabushi, mountain ascetics and priests who wear them during their annual training in the mountains.

It takes Saito-san one day to make one pair of wara boots. However, for other items, like a decorative vase, he takes only two hours.

He is teaching wara to local children and interested groups of people as well as to visitors to the Dewa Sanzan area who would like to know more about wara.

Saito-san is trying to generate some interest in wara craft by participating in some exhibitions. For example, he had an exhibition of his wara craft at Tokyo’s Meguro Art Museum and he also participated in an exhibition in Taiwan that showed Asian wara culture.

Asked whether anybody could learn the wara craft, Saito-san answers cautiously optimistic that in theory yes, but "if you don’t like making things, then you cannot do it".

He is an old-school master who picked up the skill by watching. However, he is now used to explaining the steps and processes involved in making wara items to his audiences.

Saito-san only speaks Japanese but he is happy to receive visitors at his studio, as long as they come with a member of staff from the Haguro Tourist Office who can speak some English.

I was the first to try out the boots and do this walk. It was February and there was a lot of snow. However, I can honestly say that the wara boots were easy to walk in, they were not slippery and my feet did not get cold or wet. I was very surprised by that.

Hopefully, the wara craft will survive and Saito-san will be able to pass on his skills to someone who loves making wara items and who has the passion to carry this craft into the future. Anybody out there? 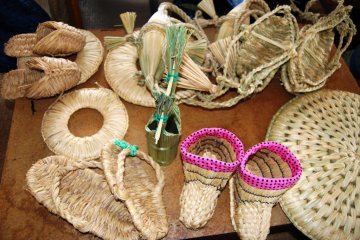 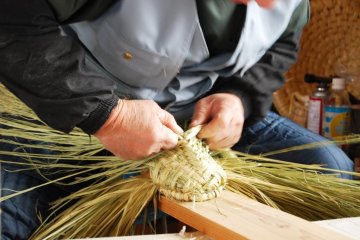 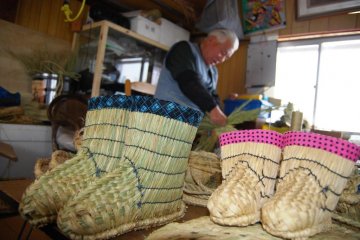 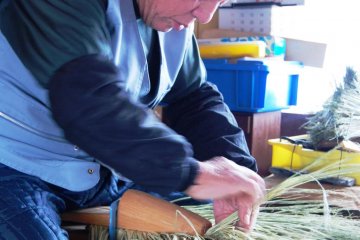 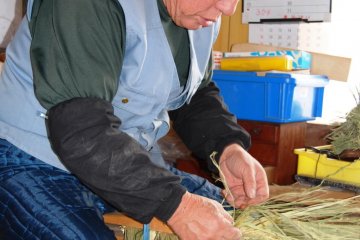 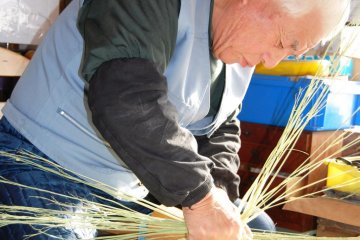 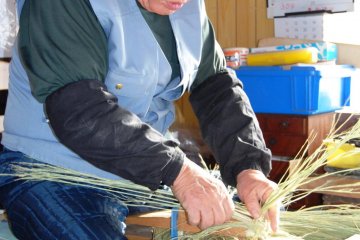 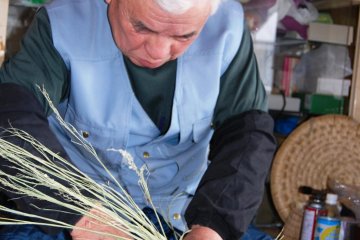 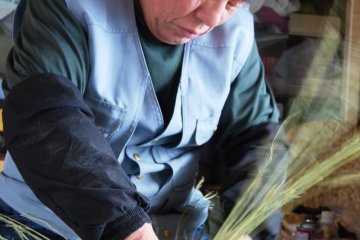 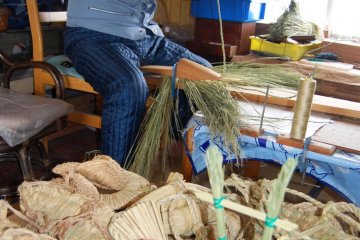 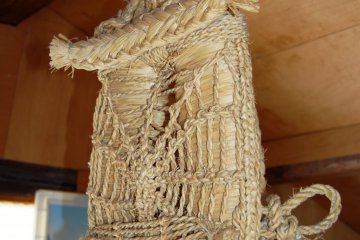 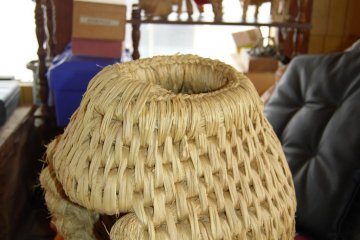