A place to relax (and more) after climbing Mt Haguro

Most people feel tired after climbing Mount Haguro, one of the Three Mountains of Dewa (also known as Dewa Sanzan). However, a short drive away, Haguro (the home of Mount Haguro) offers a nice place where you can relax your body and mind—and have a beer or two.

Yamabushi Onsen Yupoka—better known as simply Yupoka—is a popular gathering spot for locals and some yamabushi, Japan's mountain ascetics, who come to Dewa Sanzan to embark on a mountain pilgrimage and venerate their deities.

Yupoka is an insider's tip as there is no mention of the place in the English-language tourism brochure of Haguro but those who find it will be treated to a majestic setting for a dip in hot water, which is what most people come to Yupoka for.

Unlike some other hot springs, there are several different baths you can take advantage of. Most people choose to bathe inside—either in a jacuzzi-style bathtub or in a colder bath adjacent to the sauna (which is equipped with a TV). But some like to bathe in the garden-like, rock-filled rotemburo (open-air bath), where—in winter—you can be pelted by snowflakes but yet feel comfortable as you gaze towards Mount Gassan (another one of the Dewa Sanzan mountains), which overlooks Yupoka.

It's safe to say that Yupoka is not just an onsen as people go there to do more than bathe. A right turn after passing the front desk will lead you toward a corridor of tatami mat rooms, where groups (such as my running club after each competition) often hold an enkai (party).

But you don't have to wait until nighttime to grab a bite at Yupoka, as every morning from 6:30 a.m. to 9:00 a.m., an all-you-can eat breakfast is available for 500 yen in its small dining hall. The energy gained from such a meal will come in super handy when you plan to climb Mount Haguro or visit Mount Gassan later in the day.

The building is also home to a free karaoke room where you can relax with your friends. And Yupoka's spacious lobby has a TV and newspapers available for those who want to kill time—in addition to a concession stand featuring souvenirs like T-shirts and confectionaries.

Those whose only stop in Haguro is the famous mountain are missing an important aspect of village life—and a very soothing one! 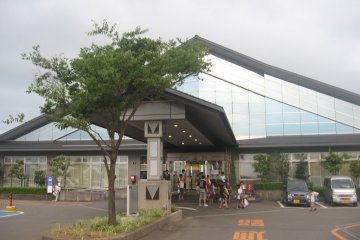 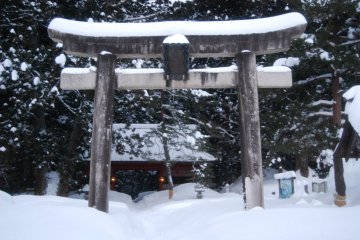 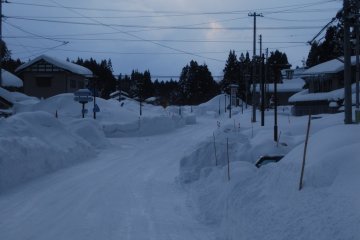