Walk Around Historical Places and Be a Gourmet in Hofu

Take a stroll through the historical town of Hofu and enjoy gourmet food! Our journey starts from Hofu Station, 16 minutes from JR Sanyo Honsen Shinyamaguchi Station, which is connected by bus to Yamaguchi-Ube Airport (has four flights a day from Haneda Airport). Walking north of the station, you’ll quickly spot Tenjin Dori Arcade, head straight and you’ll arrive at the entrance of Hofu Jinmangu Shrine, an icon of Hofu and the beginning of your adventure.

Hofu Tenmangu Shrine, the keyword is "one"

You will find "Hofu Umeterasu", a pastel pink wooden rest area right next to the approach where they sell many pink "Shiawasemasu" brand goods. This word means "I sincerely appreciate your kindness" in the prefectural dialect. It would be fun to say "Shiawasemasu!" to servers of the shop!

You’ll find Hofu Umeterasu—a pastel pink wooden rest stop—along the approach to the shrine. Here they sell pink ‘Ashiawasemasu’ branded goods, the phrase translates to "I sincerely appreciate your kindness" in the local dialect. Try using "Shiawasemasu!" with local staff members, and bring home a piece of Japan in your lexicon!

There are cafes and restaurants nearby where you can enjoy local foods, stop off for lunch, or a spot of afternoon tea. We’d love you to stop by the tourism center to experience "Owarai Taiso" a local fusion of comedy and exercise.

Halfway up the stairs of the shrine approach, you will find Hoshoan and Gyotenrou on your right. Hoshoan has a beautiful Japanese style tea room where you can experience traditional Japanese matcha; Gyotenrou has significant historical value and is famed for having been a spot where samurai gathered as part of the Meiji Restoration. At the end of the stairs you’ll reach Hofu Jinmangu—a shrine dedicated to Michizane Sugawara, the god of intelligence—decorated with beautifully contrasting red and white.

Suo Kokubunji Temple, the key word is "one hundred"

Just a 10-minute walk from the shrine to the west, you can visit Shubo-Kokubunji Temple. There are 60 Kokubunji temples across Japan, constructed by decree of Emperor Shomu in 741, these temples are devoted to the protection of the country and the happiness of the Japanese population. This temple was described in the Zokunihonki, published in 756, and as such is believed to have been constructed in the same year, though its foundation is still not fully understood. Since then, regional kings have protected this temple, passing down its traditions from generation to generation. This temple can be considered as a rare historical example, as many other regional kings decided to alter, move, and even abolish these temples as part of their rule. It’s particularly famed for its preservation of 100 statues of Buddha within the shrine. Shobo-Kokubunji Temple is extremely precious because of its commitment to maintain and protect cultural properties.

At Mohri Garden, the keyword is "twenty-five thousand"

Walking 20 minutes west from Kokubunji Temple, you’ll find the entrance to the Mori-Teien Garden. The principal residence in this garden marked its 100th anniversary in 2016 and was designated as a national important cultural property. This building was constructed using the Shoin-Zukuri style, a construction style for daimyo's houses passed down from the Edo era. Despite this historic construction, it now includes all the latest facilities from the time Including a power generator, sewage tank, kitchenette, flush toilet, and refrigerator which uses water from a local well. The western-style lighting and decoration evoke a sense of modernity, culminating in a masterpiece of modern Japanese design based on historical principles with carefully considered contemporary solutions.

Enjoy the seasonal scenery in the surrounding gardens boasting a gourd-shaped pond of 84,000㎡!

To finish your trip, take a 10-minute taxi from the Mori Teien Garden headed northwest to Amidaji Temple, Todaiji Annex Temple. If you plan your visit between May and June, you’ll be astonished by the dramatic sight of 4,000 hydrangeas in bloom. This temple is one of seven annex temples constructed by Chogen ShunJobo as part of a reconstruction effort after Todaiji Temple burned down in 1180. Goshirakawa, retired emperor, prayed for a peaceful life here after its construction. Though this temple is full of important cultural heritage, the thousands of blooming hydrangeas is definitely the most impressive feature of this temple, make sure to capture this Insta-worthy sight and create truly beautiful memories of your time in Japan. 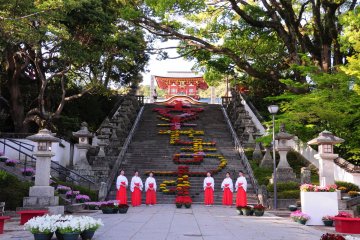 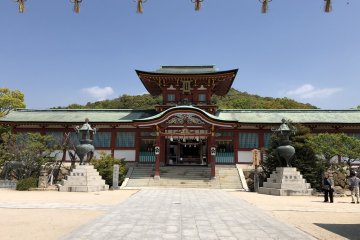 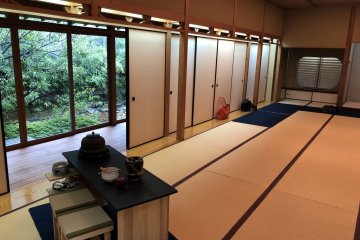 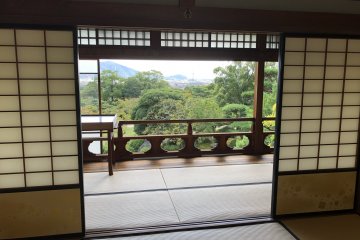 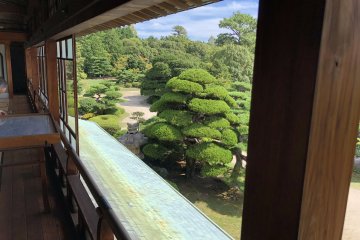 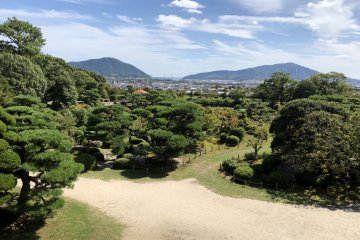 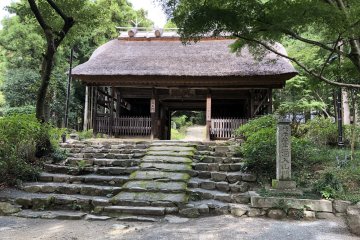 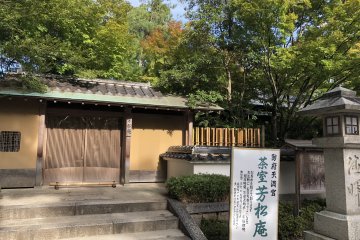 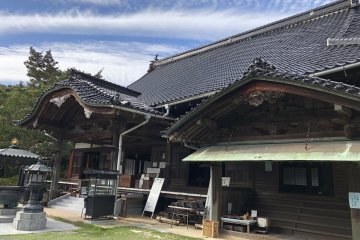