Where you can find the origin of Godzilla

Every time that I go to Akita Prefecture, I think it is full of mysteries; like Namahage, the Japanese version of the Bogey man, although his targets are nasty children. It has also seen some UFOs and lastly the Godzilla rock.

There are plenty of other things to see in Akita, but today I will focus on Oga peninsula. It is only about 15 kilometers north of Akita City and is a great place to spend some time and go and explore. To do the whole loop around the peninsula by car would take 2 to 3 hours, and of course you might want to stop at some of these points of interest, then it will take you longer, so better plan at least a day for it.

Leaving from Akita City, take the scenic road along the coast. First you'll see a giant picture of Namahage. Next, in another 10 kilometers or so, you'll see a sign for the Godzilla rock. It's on a point on the south side of the peninsula. The first time that we went there, we found it by accident and we just thought it was a good place to stop and look at the rock formations, which have been carved by the strong winds over the millennia and are quite impressive as is most of the coastline. After that point the road gets quite windy and narrow and starts going uphill quite a bit. Go for another 10 kilometers and you'll be at the end of the peninsula and you'll be able to enjoy an unobstructed view on the sea of Japan and possibly on a clear day see North Korea.

There is a tower on the point for a better view. That's where the UFO was spotted a few years ago. I didn't see much of interest on the north side of the peninsula but it's still a nice drive. If you plan on spending some time, there are several hotels with incredible views, and for a more budget trip in summer you can stay at the campground. I think that any time of the year that you go it's nice to dip your feet in the water. It's a little warmer than the Pacific. Please enjoy your trip! 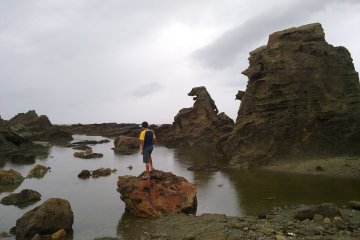 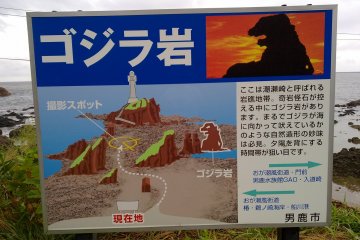 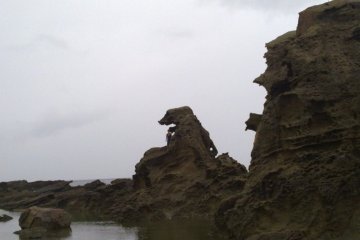 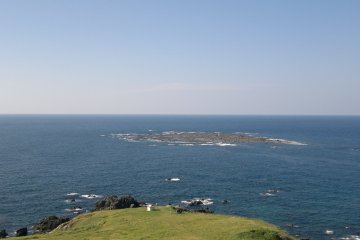 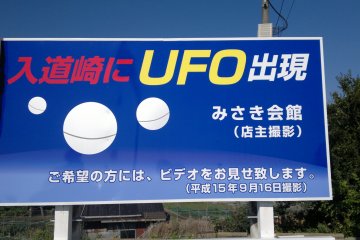 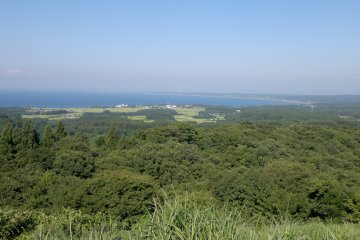 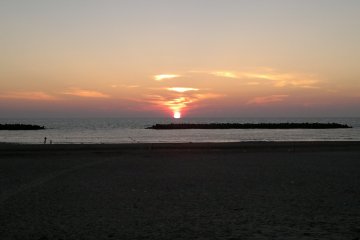 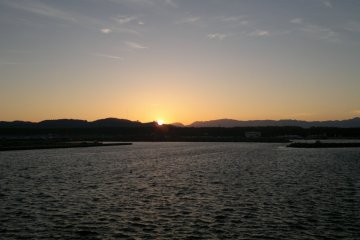