100 km of coast, culture, and cuisine

The Namahage Ride in Oga, Akita is really an event like no other.

Participants come in from all over the country in order to cycle 100 kilometers around the Oga Peninsula, taking in the beautiful sights, sounds, and flavors of Akita Prefecture on the way. As the ride is not a tournament, with no prizes awarded to those who ride the fastest, the riders are encouraged to travel at whatever pace best allows them to enjoy the ride and their surroundings, and to appreciate the environment around them throughout the day. Aid stations are set up along the course that serve local Akita specialty snacks and dishes, so that riders can get a real taste of the land they’re cycling through. Some of these stations are positioned at areas of interest along the Oga peninsula, such as the incredible Oga Aquarium or the top of Cape Nyudozaki.

The Ride begins the day before, with a 40 kilometer “warm up ride” around Mt. Kanpuzan at the center of Oga Prefecture. That night, participants gather for a pre-ride reception and are introduced to the namesake of the Ride itself, the Namahage. A pair of Namahage, one blue-faced and one red-faced, burst out into the reception and announce their presence the loudest way they know how; with taiko drums. Despite their ferocious appearance, the riders are reminded that Namahage, the guardian spirits of Akita, are there to protect people and ensure their happiness. From childhood, Akitans are told that Namahage only punish those who are lazy and shirk their responsibilities, and that by watching over us they prevent us from developing into irresponsible people. The Namahage encourage the riders to put in their best effort tomorrow during the Ride, not only in cycling, but in experiencing Oga to the fullest.

The course begins at the Oga Hotel in the Oga Onsen Village. 25 kilometers northeast up the coast, riders stop at the first aid station in order to enjoy some Oga specialty yakisoba beach side, which substitutes seafood for the usual pork. Continuing south, riders stop at the second aid station in Futo for lighter snacks like hoshi-mochi (freeze-dried mochi) and senbei crackers, as well as some delicious fresh oysters. Now about halfway finished, they continue southwest, with the course now hugging the coastline so that they can see the beautiful beaches as they pedal. Before arriving at the third aid station, they may catch a glimpse of the iconic Godzilla Rock at the southern tip of Oga. At Monzen, riders are treated to some authentic babahera ice, sorbet prepared by little old women (baba) wielding spatulas (hera). The brightly colored frozen treat is sculpted into a flower atop a cone, and provides a refreshing pick-me-up to enjoy while taking in the sea and cliffs. Now continuing north, the course becomes more mountainous, with a series of ups, downs, twists, and turns. The fourth aid station is at the Oga Aquarium, where riders are appropriately served a fresh sushi lunch of hatahata and nodoguro (Akita’s speciality fish), and are invited inside to see the Aquarium’s spectacular exhibits. Rays, sea lions, jellyfish, as well as the myriads of local fish are all on display, so riders can take a short break before continuing on to the final stages of the Ride. From there the course continues up to Nyudozaki Cape and the final aid station, where the michi-no-eki (oasis) serves a delicious shottsuru soup made from hatahata and vegetables, and Namahage paraphernalia abounds. From there it’s a smooth 10 kilometer downhill coast back to the finish line at the Oga Onsen Village, where a piping hot bowl of damako-nabe hotpot and a nice warm bath wait for everyone.

In terms of who these riders are, people come from all around the country, from Hokkaido to Shizuoka, including more than a few non-Japanese riders. Jake is an American currently living in Tokyo who participated in the ride last year, and was so impressed he returned for a second year, saying “I’ve done over ten different cycling events across the country from Hokkaido to Chiba, some multiple times, but this one is my favorite.” He continued to say that the constant Namahage theme from the beginning to the end of the Ride provides a motivational and energetic atmosphere, and the Oga Peninsula itself is just beautiful. Both days, Jake took full advantage of Oga’s many onsen to relax after a long ride. One of his friends, Robertson, is an avid cyclist who participated this year for the first time: “Between the beautiful coastal scenery and the up-down mountain views, I can confidently say that this is the best sea view course in all of Japan.” This sentiment was shared by many Japanese riders as well, saying that the second half of the course where they rode along the coast up to Nyudozaki Cape had the views they were most excited for above all else.

If you’re looking for a fun way to engage with the nature and culture of Akita while making some friends along the way, the Namahage Ride in Oga City can’t be beat.

I’m from the city of Chicago originally but now live near Lake Towada on the border of Akita and Aomori. I enjoy boxing, reading manga, and driving around the area looking for new sights and experiences! I studied abroad in Nagoya and spent time in Chubu, Kansai, and Kanto before I moved to Tohok... 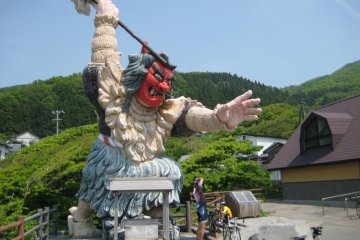 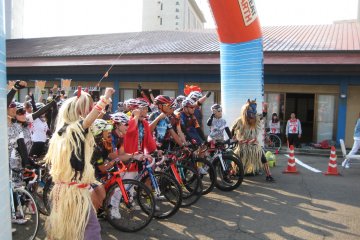 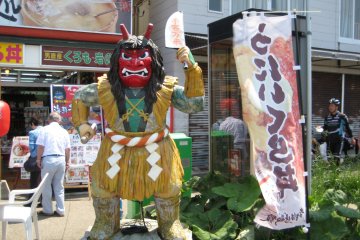 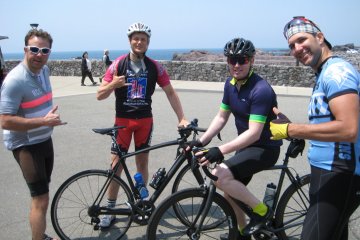 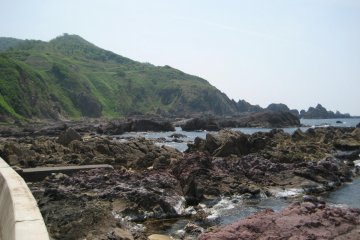 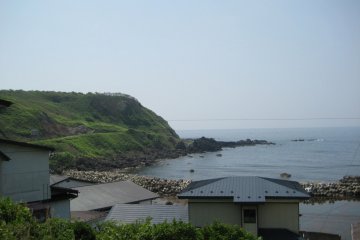 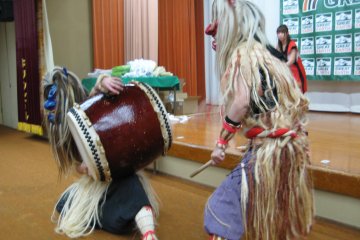 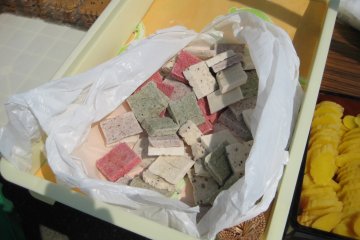 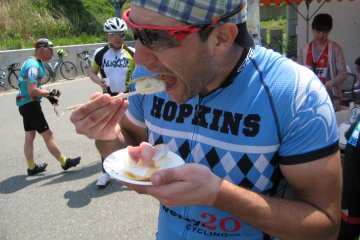 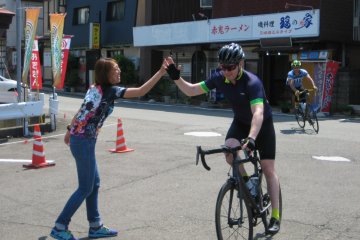