A convenient way to keep cool in humid summers

Before moving to Japan, I had no idea about how hot and sticky the summer months were here. Literally everywhere else I'd lived up until Japan had dry summers, so I'd never had to worry about stifling humidity before. I distinctly remember researching summer temperature averages before we flew over (we arrived in June), and I thought to myself "oh, that doesn't sound bad at all!". Rookie mistake.

Thankfully, there are ways to beat the heat that are not only functional, but can be very beautiful too! Sensu, or folding fans, are just one of the ways to stay cool and get yourself a beautiful souvenir at the same time. Sometimes they are simply made of paper, but mine is a fabric one on a wooden frame. It was a gift from a Japanese friend and I treasure it not only because it's like an elegant work of art, but because it's so useful.

Sensu can be purchased at a myriad of places in Japan, from roadside rest area retailers and 100 yen stores right through to dedicated souvenir shops and artisanal boutiques. I often recommend Omotesando's Oriental Bazaar to people looking for a one-stop-shop for souvenirs in Tokyo, and they have a wide variety of sensu there with traditional patterns. The prices are quite reasonable, too.

During the summer months, I basically refuse to leave the house now without popping my sensu into my bag. It provides instant relief from the summertime heat, it's incredibly lightweight, and it manages to look stylish and beautiful at the same time. If you live somewhere with a hot summer climate, you like souvenirs that actually have a functional use, or you're after a practical gift for someone that won't weigh down your luggage, sensu tick all of those boxes. I hope they make your summer adventures in Japan a little more bearable! 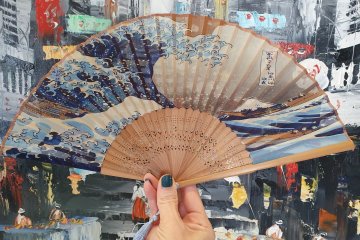 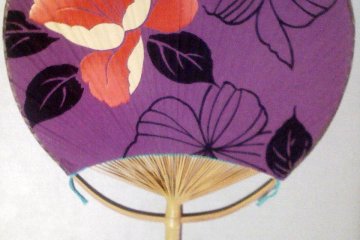