With the countdown to the Rio Olympic Games on 5 August underway with the lighting of the Olympic torch on 21 April, it is time to turn our eyes to the two Japanese sports featured at the games, being Judo and Keirin. The kanji for keirin stands for Compete Wheel, and these cycling track events are an obsession for the 57 million spectators each year, the champions having superstar status. Besides the men’s and women’s grand prix, there are BMX races as well.

Like Sumo, the championships move from city to city during the year, with the 67th Prince Takamatsu Memorial Keirin Cup to be held at Haruki, near Kishiwada from June 16 to 19 in 2016. The Kishiwada Velodrome is next to Kispa La Park near Haruki Railway Station, just 20 minutes from either Kansai Airport and Osaka City, with additional express trains running to Haruki during the bigger cycling track days. Regular meets are held here with entry from just 100 yen.

Kispa La Park next door also offers some of the best value meals and entertainment in Osaka, making it a fun day out on any budget. 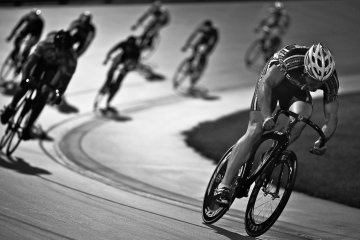