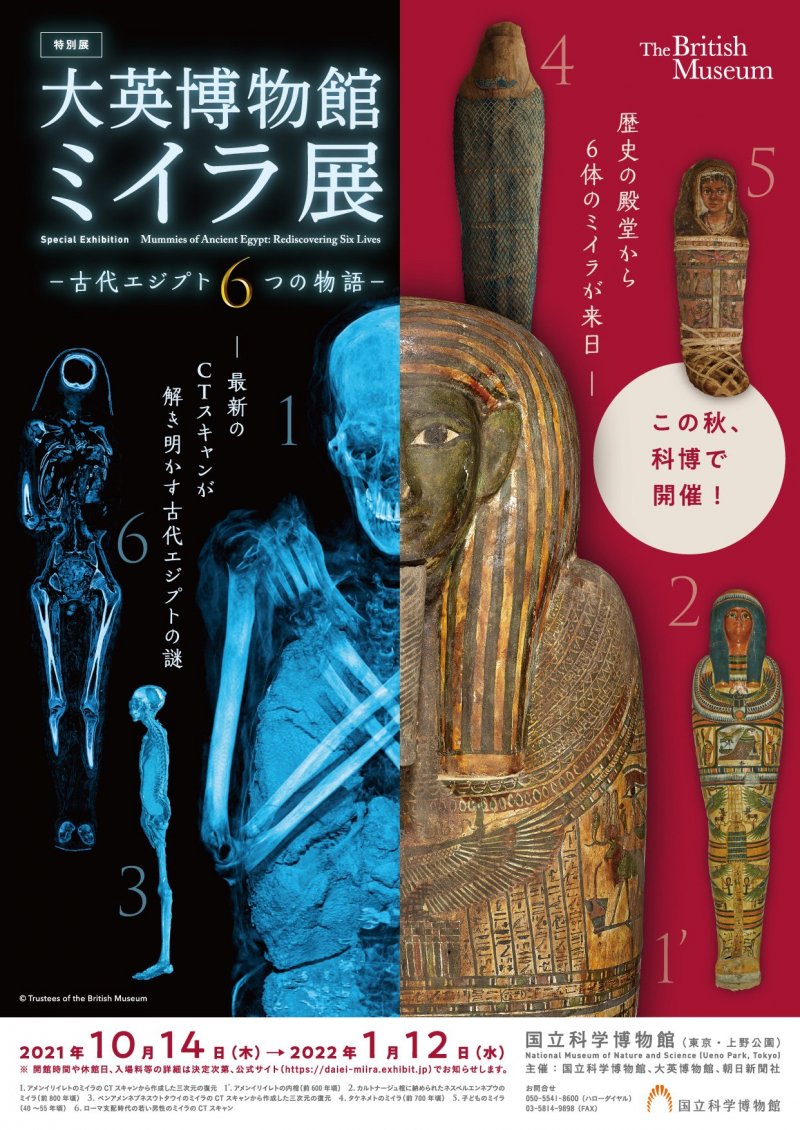 Exploring artifacts on loan from the British Museum

From October 14th until January 12th, the National Museum of Nature and Science will host an exhibition of Egyptian artifacts on loan from the British Museum in London. The British Museum is a world leader in the study of ancient Egyptian civilization, and this event will display around 250 items including six mummies from their extensive collection.

Part of what makes this exhibition so interesting is the use of modern technology to learn more about mummies, such as CT scans. These have allowed researchers to explore what can't be seen from the outside, and make inferences about life and culture in Egyptian society in the past.

Ticket prices have not yet been confirmed, but should be announced on the official event website closer to the commencement date.

The National Museum of Nature and Science is located approximately four minutes on foot from Ueno Station’s park exit.

For those who plan to drive, there is no dedicated parking lot at the museum. Details about paid parking lots in the surrounding area can be found on the official museum website here.

Find out more about National Museum of Nature and Science.