Ueno and the Bell of Time

Clouds of flowers / these bells are from Ueno / or Asakusa? So wrote the master haiku poet, Matsuo Basho. Living as he did on the banks of the Sumida River, Basho was able to hear the bell towers ring from both Ueno and Asakusa and his confusion as to which bell can be heard in his well known poem.

The bell in Ueno was part of a series of ten bell towers that were scattered around old Edo, keeping time for its citizens. They were an integral part of the Tokugawa Shogunate's system of time keeping. One bell would ring first relaying its signal to the next bell until all the bells around what is now modern Tokyo sounded.

The history books say that the bell in Ueno would toll every two hours, twelve times per day. With the advent of the Meiji period and modernisation, the bell timing system became redundant and the bell now only sounds at 6am, at noon and a final time at 6pm.

First built in 1666, the current bell was recast in 1787 and is located right by the Ueno Great Buddha relief and Shinobazu-no-ike Pond in Ueno Park. The regular tolling of the bell has become an intimate part of the area with the resulting sound being listed as one of the 100 Soundscapes of Japan.

Differing from the sounds of the natural world in other Tokyo listings, the Bell of Time is a representation of Japan's historical culture and traditions. Its sound is a daily reminder of the history of Ueno, its people and the role both played in the development of Japan. 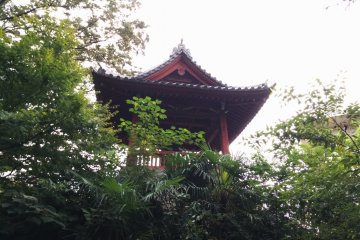 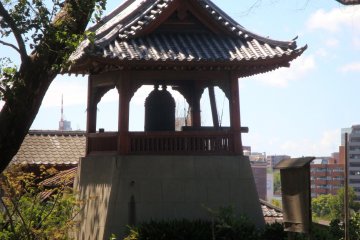 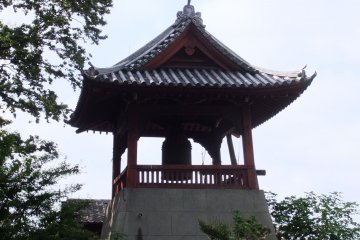