Discover this great city during your next work out

Whether you're a seasoned jogger or a total couch potato, running in Tokyo is an experience not to miss out on.

These days, admitting that you are a runner is a sure way to earn a few eye rolls. And I totally get it – most people who are avid joggers give us a terrible rep. Sinewy and sunburnt, these athletes traipse up and down promenades and parks with blank stares and grim expressions, weighed down by luminescent anoraks and excessive Apple gadgets that read your pulse and measure your distance and can probably tell your future, too.

But, let me assure you, we are not all this way! I for one like to think of myself as an exception to the spandex norm. I joined the world of jogging about three years ago, and every day since then I have more or less undertaken a loop or two around the block. In fact, I have found that my love of running has married perfectly with my passion for travelling. Whilst in an unfamiliar city, I enjoy nothing more than taking a slow meander around new neighbourhoods. There is something about running that instantly connects you with a city, no matter how foreign it may be to you. For those thirty minutes, your dislocation is suspended, and you could fool yourself in to thinking that you are home.

My encounters with big, Asian cities in the past had lead me to believe that they were all too polluted or packed to successfully complete a work out within them. What a welcomed surprise it was, then, to find that Tokyo is the calmest big city I have experienced. More than that, locals seem to be well invested in jogging.

If you’re a tourist and just passing through the city, there is no better way to discover and connect with it than by running it. To make your introduction to jogging easier, I have sought out some of the best running routes within the city. And, don’t fret - no spandex or Fitbits are required, I promise.

As I was based in Ryogoku during my time in Tokyo, this was the route I took each morning. The promenade alongside the river is broad, clean and quiet, and stretches up for a good few kilometres. If you’re a tourist and do not know Tokyo at all, this is a great route to do, as there is zero chance of your getting lost. Simply stick to the path, take in the relaxing ebb and flow of river life and allow yourself to feel a part of this mega city.

An obvious choice, this massive park in the heart of Tokyo is a wonderful way to unwind from the buzz of the city. Within this big, woody area, it is easy to forget that you are in such a heaving metropolis. You can more or less run a ring of the park with ease. One could always push through a circuit more than once in order to make the workout more challenging.

If you're feeling a little adventurous, Akasaka Palace is the route for you. Originally built for the Crown Prince of Japan, the Palace is over a hundred years old and is easily accessible from a number of main stations in Tokyo. Thus you can smash out a decent four-kilometer trot around the Palace's perimeter whilst getting some sightseeing in, too. What's not to love about that?

Finally, what is possibly the most frequented running route in Tokyo, the track around the Imperial Palace complex covers about 5km. Although it tends to get quite packed with both runners and tourists, there is something so special about getting in your daily work out whilst gazing up at one of Japan’s most beautiful sites. 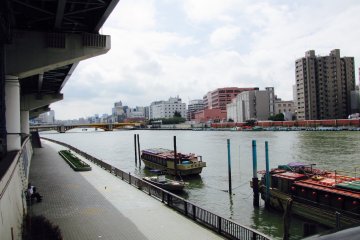 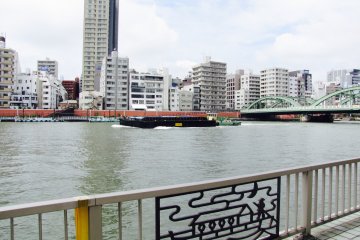 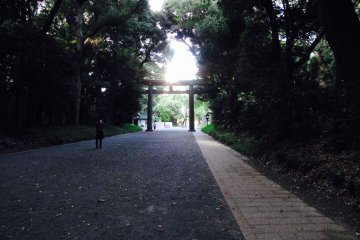