Home to some surprisingly natural and historical sites

Known as the only city in Tokyo whose drinking water comes from its own underground reservoirs, Akishima City is surprisingly historical. Bordered by the Tamagawa River in the south, the city's main attractions lie in and around Haijima Park. Featuring culturally and historically recognised temples, shrines and natural flora, Akishima City offers more than meets the eye.

With its well-maintained grounds, pagodas, and amazing wooden gate, the 16th-century Haijima Daishi Temple is a remarkable piece of history and culture. The temple is famous for its New Year Daruma Market where over 600 daruma doll vendors set up shop for two days of festivities and good fortune for the coming year.

Twenty minutes from the South Exit of Akishima Station on the JR Ome Line.

Located in Haijima Park, Hyoshi Shrine was established in the late 16th century along with the neighbouring Dainichi-do Temple. Both are designated as Historic Places of the city with the shrine's annual Sakaki Festival held in September considered an Intangible Folk Cultural Asset of Tokyo.

Twenty-five minutes from the South Exit of Akishima Station on the JR Ome Line.

Featuring beautifully historical temples and shrines, Haijima Park is also home to the city's famous wisteria plants. Designated as a Natural Monument of Tokyo, the park's wisteria are some of the largest to be found in Tokyo and at about 800 years old, a living symbol of the age of the area.

Twenty minutes from the South Exit of Akishima Station on the JR Ome Line.

One of Tokyo's more curious museums, the Kaguno Museum exhibits both Japanese and European furniture from the early 20th century until more recent times. With over 1800 items in its collection, the museum displays about 180 items at a time all based on themes of tradition, inheritance and creation.

Five minutes from the North Exit of Nakagami Station on the JR Ome Line. 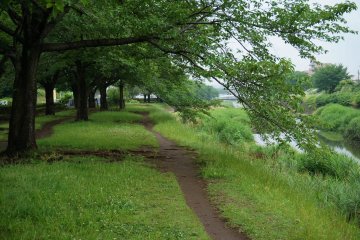 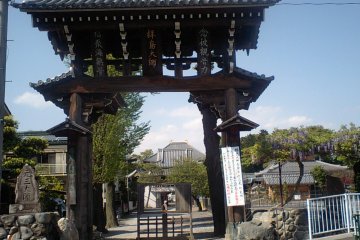