Well known for its stunning cherry blossoms along the Meguro River, the relaxed residential atmosphere of Meguro City belies its wealth of public spaces, quality art galleries, quirky museums and historical temples. Featuring the stunningly historical Meguro Gajoen hotel complex alongside the contemporary landscape design of Meguro Sky Garden, the city is the perfect day out for sights and experiences.

The largest temple in the city, Meguro Fudo-son is home to the black-eyed Fudo Myo guardian deity that protected old Edo. Founded in the 9th century, this Tendai Buddhist temple's expansive grounds and cherry blossoms are stunning in spring. It's also the resting place of Konyo Aoki, the scientist who encouraged Japan's love of the sweet potato.

A significant cultural property, Daien-ji Temple is a small temple replete with statues. Along with kappa river sprite and the Koshin three monkey statues, the temple is most famous for the Gohyaku-rakan, 500 statues of the Buddha and his followers carved in atonement for the Great Meiwa Fire of 1772 that originated here.

Three minutes from Meguro Station on the JR Yamanote Line.

One of the most extraordinary feats of landscaping is Meguro Sky Garden. Created above the Metropolitan Expressway with a 400m circumference, this rising spiral garden features over 1,000 trees, play areas, a community space, Japanese gardens, bamboo groves as well as commanding views of Mt. Fuji.

Three minutes from Ikejiri Ohashi Station on the Den-en-toshi Line.

A great little park for the kids, Himonya Park features a free petting zoo, cheap boat and pony rides, a small playground and a baseball field and six tennis courts. Once an area of paddy fields and irrigation, the park was opened to the public in 1933 and its pond is a beautiful spot to relax and unwind.

Five minutes from Gakugeidaigaku Station on the Tokyu Toyoko Line.

Located in Yebisu Garden Place, the Tokyo Photographic Art Museum is the photographic hub of Tokyo. It's permanent collection houses well over 30,000 works and its three exhibition galleries, constantly changing shows, workshops and events make the museum a must for fans of all things art and photographic.

Seven minutes from the East Exit of Ebisu Station on the JR Yamanote Line.

One of Tokyo's more surreal museum spaces, the Meguro Parasitological Museum showcases the life of parasites. Filled with jars of creepy specimens from the microscopic world, the world’s only parasite museum explains away the mystery of these apparently misunderstood lifeforms. Best of all, it's free.

Twelve minutes from the West Exit of Meguro Station on the JR Yamanote Line.

Home to the famous Hyakudan Kaidan 100-Step Staircase, Meguro Gajoen features seven extraordinary function rooms, four of which are listed as Tangible Cultural Assets of Tokyo. A hotel, wedding hall, and series of restaurants, Meguro Gajoen's art and culture are surreal reminders of an opulent history.

Three minutes from Meguro Station on the JR Yamantoe Line.

Eventually emptying into Tokyo Bay, the 8km of Meguro River cuts quite the picturesque path through the area, especially during cherry blossom season. Relaxed walking trails along its banks plus easy dining and sightseeing access makes the river a popular year-round destination.

Eight minutes from Meguro Station on the JR Yamanote Line. 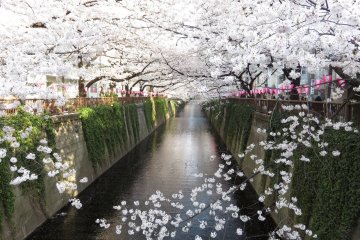 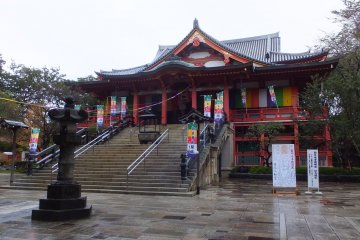 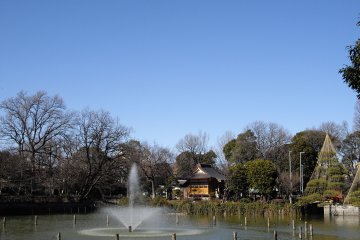 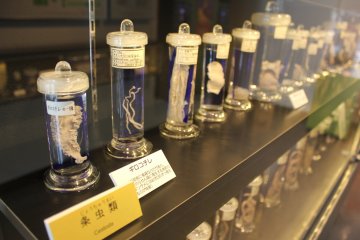