Built as a wedding hall in the 1930s, Meguro Gajoen is now home to a hotel, wedding hall, restaurants and function rooms. However, describing it merely as a function space is almost criminal. This building is no mere wedding hall-come-hotel. It is quite literally a surreal world where culture, history and art merge into an extravagant display of Showa-era opulence.

Once known as the Palace of the Dragon God, the building is home to a seemingly never ending hallway that, as you walk, takes you back to a bygone age. Lined with Edo-styled frescoes - both on the walls and ceilings - the entrance corridor comes to life with its carved reliefs. Further on lies an astonishingly splendid indoor gate, a bathroom featuring a traditional bridge and even a waterfall within a Japanese garden. But this is only the beginning.

There are seven function rooms here. Four of them are listed as Tangible Cultural Assets of Tokyo. Their artwork and design are simply staggering to behold. Gone is the wabi-sabi rustic simplicity that Japan is famous for. Here, you will find artistic opulence of a kind that will make your draw drop. These rooms range from the Jippo Room, named after master painter Araki Jippo whose painted works decorate the room, to the Sokyu Room, featuring real views of Mt. Fuji and art by Sokyu Rikobe.

But what ties all of these rooms together is also what Meguro Gajoen is most famous for - Hyakudan Kaidan. Translated as the '100-step staircase', Hyakudan Kaidan is actually 99 steps of original wood and has been registered as a Tangible Cultural Asset of Tokyo.

These magnificent rooms and their Hyakudan Kaidan are accessible during exhibitions, the most famous being the Wa no Akari exhibition held between July and September.

Three minutes walk from the Meguro Station on the JR Yamanote Line. 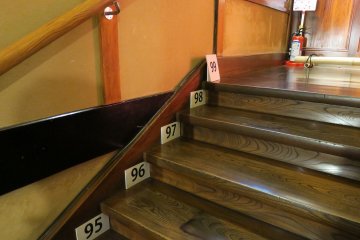 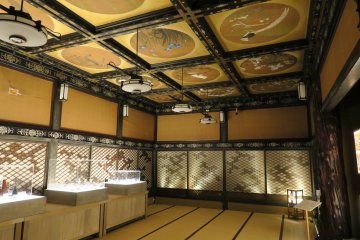 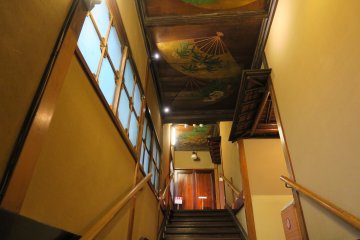 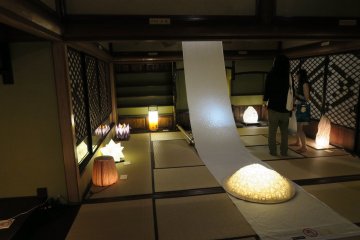