On the cutting edge of Tokyo culture

The home of Tokyo's extraordinary youth culture, Shibuya City is filled to the brim with energy, entertainment and excitement. From art galleries specialising in the cutting edge of modernism to the quaint simplicity of local parks, from the stunning movement of Shibuya Crossing to the stately wonder of Meiji Jingu, Shibuya is a hive of activity and modern wonder.

Acres of wooded shrine in the middle of one of the busiest districts in the world makes Meiji Jingu a classic Tokyo destination. Dedicated to Emperor Meiji and Empress Shoken, the shrine's superb architecture also features scores of annual festivals and events, from welcoming in the New Year to sumo and horseback archery.

One minute from Harajuku Station on the JR Yamanote Line.

Six minutes from Shibuya Station on the JR Yamanote Line

Rarely does a weekend go by without something happening at Yoyogi Koen. Filled with space, ponds, observation platforms and gardens, this huge public park is a hub of activity, events and festivals drawing in visitors from all over Tokyo. Believe it or not, it's also a great pace to relax away from the city crowds.

Five minutes from Harajuku Station on the JR Yamanote Line.

A respite from Shibuya's famous surge of modern youth culture, Nabeshima Shoto Park is a hidden grove of public space dominated by its pond, picturesque watermill and general peace and quiet. The kids will love the play equipment set up for them while their parents appreciate the break.

Five minutes from Shinsen Station on the Keio Inokashira Line.

Exploring the boundaries of contemporary art, Nanzuka is a small basement gallery tucked away from the bustle of Shibuya's crowds. Working with forgotten, established, and up and coming Japanese artists, the gallery's ever changing monthly exhibitions showcase art in all kinds of mediums.

Four minutes from Shibuya Station on the JR Yamanote Line.

Lovers of beer will enjoy the Museum of Yebisu Beer. Featuring displays of the original Yebisu brewery, the exhibits here focus on the history and craft of beer making. Free daily tours, including the opportunity for some paid taste testing, as well as dining options, are available.

Five minutes from the East Exit of Ebisu Station on the JR Yamanote Line.

Known as the busiest intersection in the world, Shibuya Crossing is one of Tokyo's most famous experiences. With over 2,500 people crossing at any one time, around 250,000 people cross this intersection each day. Home to the famous Hachiko Statue, and youth-driven culture, the crossing is a marvel of motion.

Direct access from the Hachiko Exit of Shibuya Station on the JR Yamanote Line.

Located deep within Meiji Jingu, Kiyomasa's Well is a famous 'power spot' where people come to absorb its positive energies. Believed to have been struck by Kato Kiyomasa, a powerful feudal lord of the 16th & 17th centuries, the well's water is crisp, clean and quite the pleasant place to visit.

Ten minutes from Harajuku Station on the JR Yamanote Line. 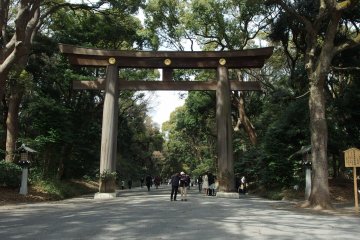 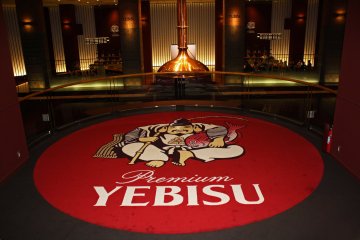 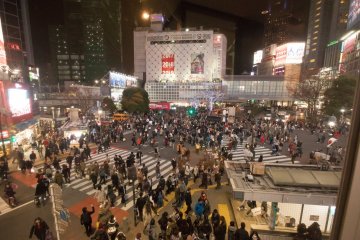